Warp and Weft with Richard Landis 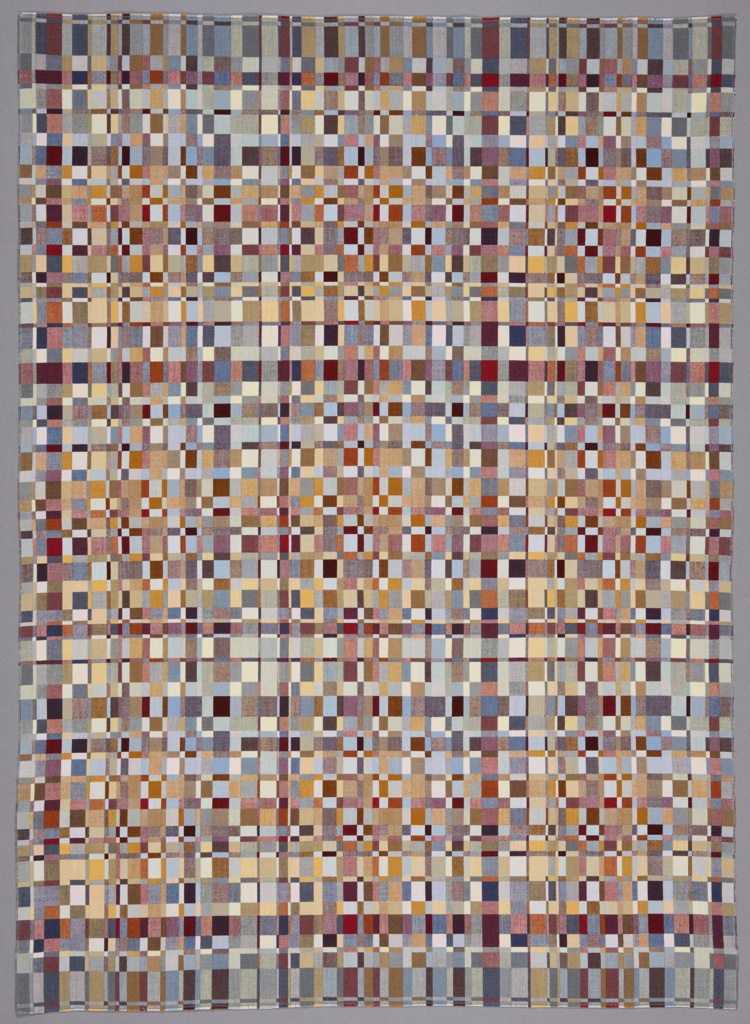 Posted by Kimberly Randall on September 5, 2019

The fiber arts revolution of the 1960s and 70s saw a great many artists breaking free of the flat textile and loom controlled techniques. Nonetheless, some remained focused on weavings that celebrated patterns inherent to the logic of interlaced warp and weft. Notable among these is American weaver Richard Landis.

Landis’s formal training was in art and design; he received an undergraduate degree in those subjects from Arizona State University in 1953. He began weaving in the mid-1960s, learning the rudiments of the craft from a local Arizona weaver, Mary Pendleton. Landis believed weaving offered him the exacting control he sought “over the effects and integration of color and space.”[1] His goal was unity of interior structure and exterior appearance, rendering his designs in the object rather than on the object. “I paint the surface. I do not paint on the surface,” he said, referring to his weavings.[2] Landis taught himself doubleweave from books and worked almost exclusively with that weave structure. Doubleweave offered him the ability to produce both a precise division of space and systematic control of color.

In his handwoven Campo di Fiori, Landis uses loom controlled doubleweave to produce a grid of almost six thousand blocks. He manipulates this grid, developing a pattern of rectangles of various sizes while maintaining the deliberate development of color fields. He weaves with fine cotton thread in twelve different colors. The fine thread produces a smooth, flat surface: a canvas of embedded color. The twelve colored threads are precisely ordered in warp and weft to visually render all possible seventy-eight full and half tones. Moreover, the threads are carefully arranged with respect to the pattern such that no tone or half tone appears in the same size rectangle more than once. Landis drew the complex draft for Campo Di Fiori, as he did for all his weaving, by hand on graph paper. He never used a computer.

Maleyne M. Syracuse is an avocational weaver and an independent art historian specializing in textiles and fine craft. She is President of the Board of Directors of Peters Valley School of Craft in Layton, NJ and a past Treasurer of the Textile Society of America.