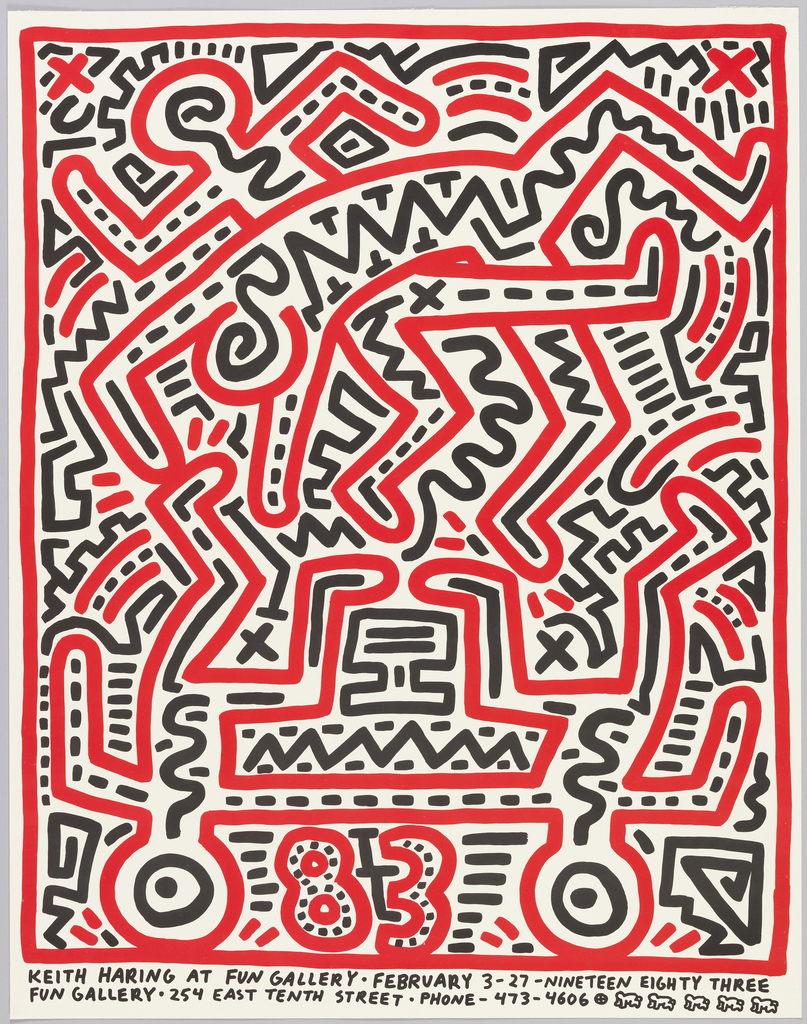 A favored hangout among the early 1980s East Village art scene, the Fun Gallery became home to some of the New York City’s most notable artists, including Keith Haring, Jean-Michel Basquiat and Kenny Scharf. This poster, designed by Haring in anticipation of his gallery debut in February 1983, exemplifies the artist’s unique ability to turn two-color line drawings into complex, visually cacophonous imagery. Here, interconnected human figures compete with zig-zags and spirals for the viewer’s attention, but the effect is nonetheless captivating.

Haring first gained attention in the early 1980s for a series of chalk drawings found on empty subway station advertising placards throughout New York. Influenced heavily by both the city’s burgeoning graffiti culture and the science of semiotics—the study of signs and symbols—Haring saw subway stations as a platform for engaging with the public on a mass scale. The easily understood, often politically-charged imagery that came to exemplify his work over the course of his decade-long career frequently functioned in place of text. These iconic figural illustrations took the form of large-scale public sculpture, mass-produced clothing, and tarp paintings, and commented on topics as diverse as corporate greed, political corruption, racism, sexuality, and homophobia. On February 16, 1990, Haring died from complications due to AIDS. He was 31.

When this post was originally published, Andrew Gardner was an MA Fellow in the Department of Drawings, Prints & Graphic Design at Cooper Hewitt, Smithsonian Design Museum. He was pursuing a master’s in Design History from the Bard Graduate Center.