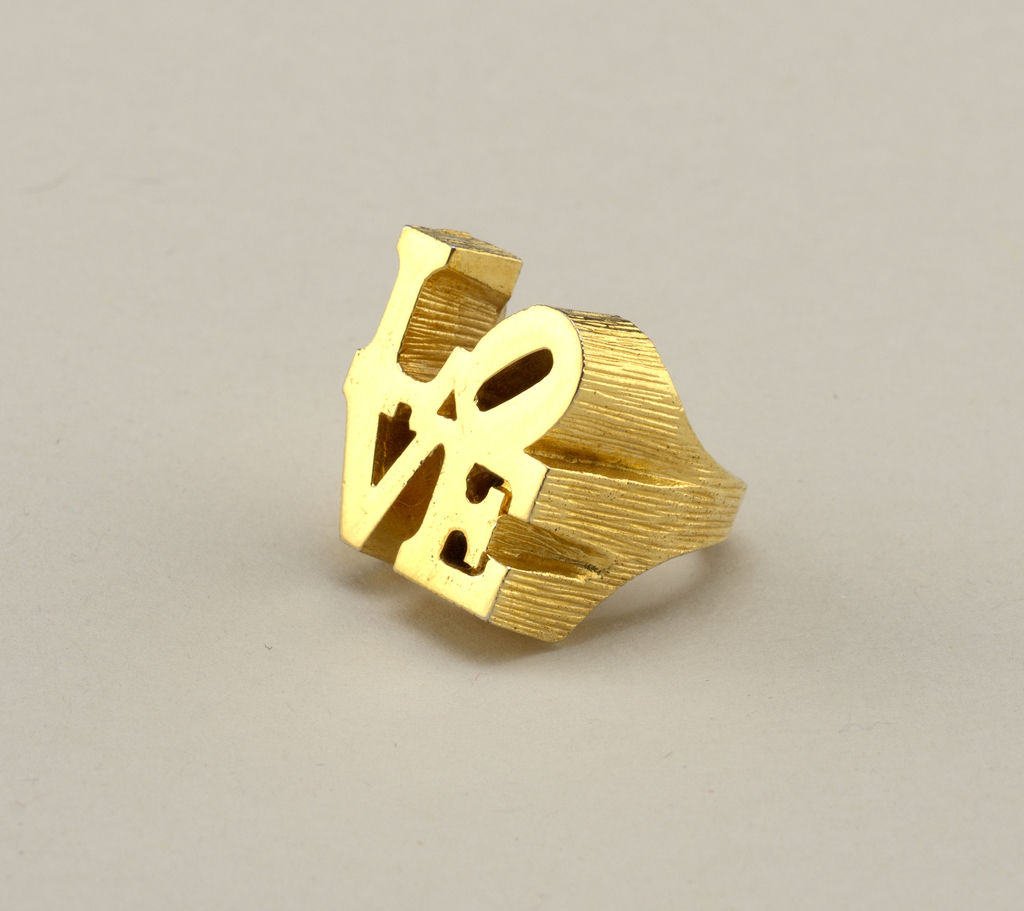 This gilded metal ring bears the motif of one of pop art’s most recognizable artworks. Modeled after Robert Indiana’s LOVE graphics and sculptures, the ring represents an element of popular design that reveals the relationship between jewelry and social and political issues. Indiana’s LOVE screenprint has become one the most well-known images of the 1960s peace movement, which began in the United States in opposition to U.S. involvement in the Vietnam War. Robert Indiana, born Robert Clark in Indiana, adopted his native state’s name after moving to New York City in 1954, a decision that illustrated his growing fascination with Americana and signage. Indiana designed LOVE as a Christmas card for The Museum of Modern Art in 1965, and due to its overwhelming popularity, the graphic subsequently appeared on mass-produced items such as tapestries, stamps, and prints. The simplicity, honesty, and universal appeal of the word “love” gains a deeper meaning when one considers the time during which the item that first bore it was introduced to the public. Having this ring meant that you could wear Indiana’s famous artwork, it’s forthright message in bold capital letters stacked in a square on your finger for all to see. Those who wore the ring knowingly made a strong and unmistakable statement about their stance on the Vietnam War.