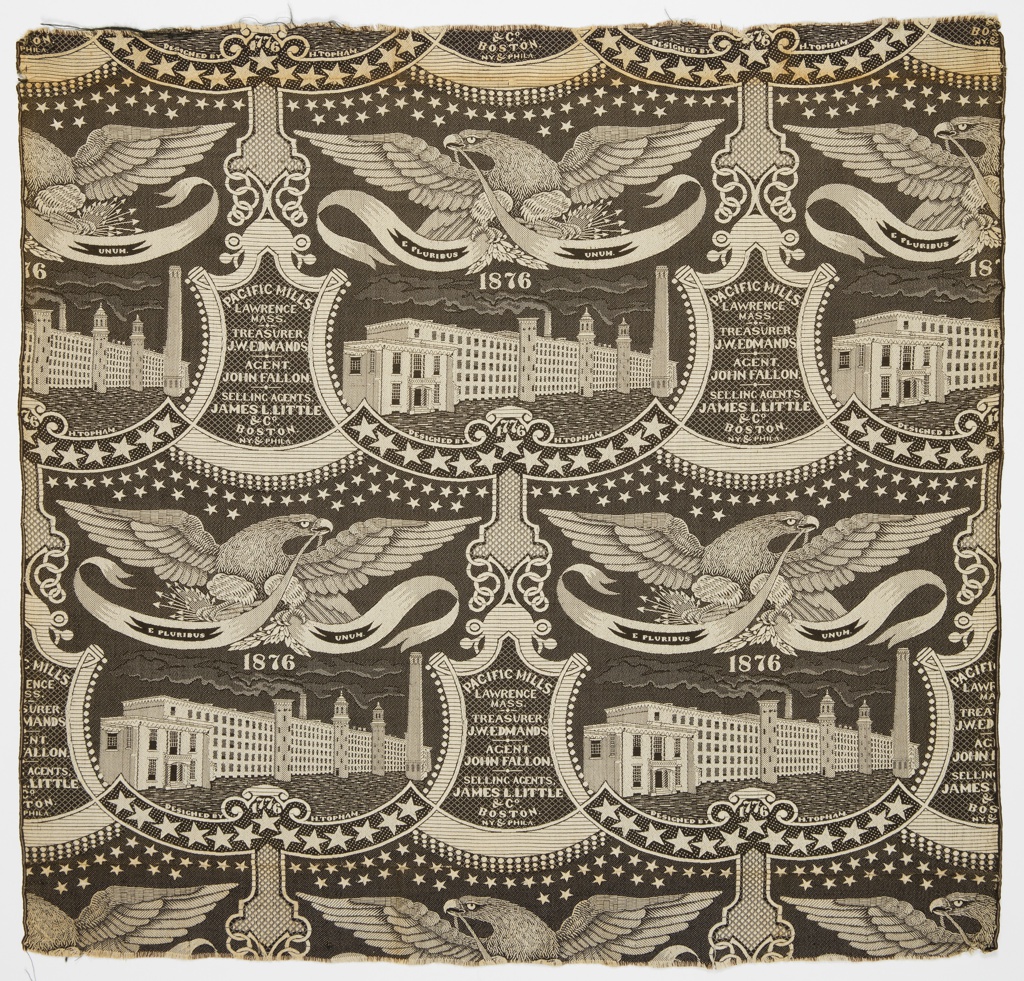 Posted by Kimberly Randall on February 25, 2020

This woven textile by Pacific Mills serves as a commemorative of the 1876 US Centennial while also promoting the textile manufacturer from Lawrence, Massachusetts – one of the largest textile producers in the Western Hemisphere during the nineteenth century. Woven in black and cream, the unusual composition has a bold graphic quality and depicts a broadly soaring eagle over a large modern factory enclosed in a curvilinear frame. The smokestack in the center of the building sends plumes of smoke into the air to signal the modernity and productivity of their operations. In between each factory is an emblem or plaque identifying the treasurer, agent and selling agents of the business. The designer is identified as H. Topham.

Intended as a showpiece, this textile is not indicative of the kind of fabrics produced by Pacific Mills, which were mainly mass-produced women’s dress goods and home furnishing fabrics consisting of printed cottons and woolen cloth. The Textile Department has many examples of printed cotton cloth from Pacific Mills, but not many examples of their woolen fabrics. In addition, this is a rare example of a commemorative and promotional textile from this period that was likely produced in small quantity.

Kimberly Randall is the Collections Manager for the Textile Department at Cooper Hewitt, Smithsonian Design Museum.

← Blood in the Water
Once Upon a Time in Lancashire →

One thought on “Centennial Showpiece”