Once Upon a Time in Lancashire 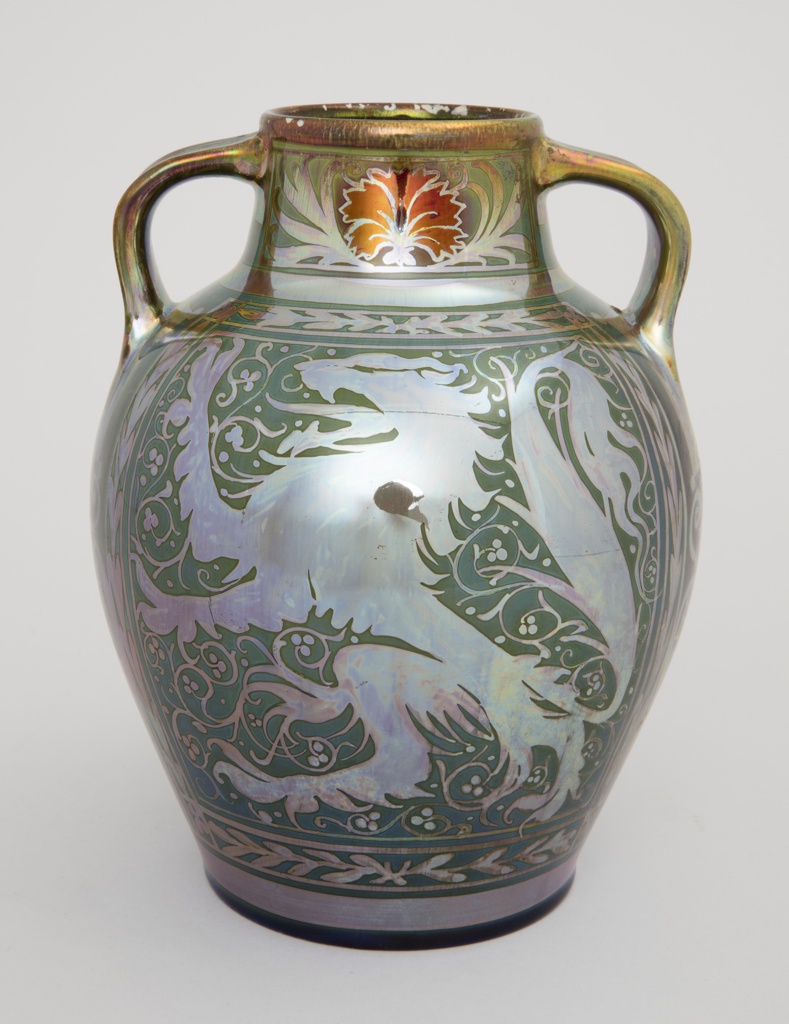 At moments of dramatic social and cultural change a reflection on the past, or, better put, a past reimagined and romanticized, often offers a path of cathartic escape. Such was the case as Great Britain was transforming rapidly under the effects of modernization during the nineteenth century. The expansion of global communications and transportation, acceleration of industrialization, instability in financial markets, and unregulated encroachment of cities into natural environments all instilled a sense of vertigo among members of British society. By the middle of the century a feeling spread among artists and intellectuals that solutions to the social ills brought about by their present and notably modern moment could be discovered in the past.

For the artists of the Pre-Raphaelite Brotherhood and cultural critics such as John Ruskin, the medieval era presented a model of social cohesion lost in the modern world.[1] These artists looked to the dignity found in the artisanal labor of medieval guide workers and held up the Gothic cathedral as an example of the power of artistic, as well as social, collaboration. This longing for a past—one decidedly idealized—held sway over generations of British artists and designers until World War I.

This historical yearning is exemplified by this vase produced by the Lancashire-based Pilkington’s Tile and Pottery Company. Painted by Gordon Mitchell Forsyth, the vase is decorated with the heraldic symbols, such as the lion, that call back to England’s feudal history and Arthurian legends.[2] Yet what makes this vase distinctly modern is Forsyth’s anachronistic blending of allusions to medieval Britain with the shimmering iridescence of the vase’s lustreware glazes—a decorative pairing that would not have been found on British ceramics during the medieval period. Lustreware was first developed by glassmakers in either Egypt or Syria in the eight century.[3] The glistening lustre surface was created by the introduction of metal oxides that would produce the dazzling optical effects when fired (a subject addressed in a past Cooper Hewitt exhibition, Iridescence). A fascination with the technique spread throughout Europe and the United States during the nineteenth century as archeological excavations uncovered numerous examples of iridescent pottery and glass throughout the Islamic world.

The psychedelic effect produced by lustre surfaces stimulated fantasies of a past romantic age filled with mystery and magic and free from the scientific obsessions of the nineteenth century. Pilkington’s Tile and Pottery Company responded to this trend, particularly after viewing the range of iridescent objects put on display at the 1900 Paris World’s Fair by the likes of Tiffany Studios or the French potter, Clément Massier. Ironically, the lustre surface of this vase was the product of intense scientific experimentation. Since its founding, Pilkington’s operation relied on advances in chemistry and technical analysis to create its products. The company employed William Burton—originally a chemist at Josiah Wedgwood & Sons—early on as a manager. Later, Burton brought on Abraham Lomax, an armature chemist, who would go on to create the glazes for a line of pottery he labeled “Lancastrian,” to which this particular vase belongs.[4] With its painted decoration and creative use of lustre glazes, this vase provides a magnificent example of the tensions between past and present being explored at the turn of the twentieth century.

Devon Zimmerman is a Fellow in the Product Design and Decorative Arts Department at Cooper Hewitt, Smithsonian Design Museum and a PhD candidate at the University of Maryland, College Park.

2 thoughts on “Once Upon a Time in Lancashire”

Hi, as a researcher and writer for Pilkington’s Lancastrian Pottery Society (www.pilkingtons-lancastrian.co.uk)may I add some thoughts. William Burton but especially Gordon Forsyth was heavily indebted to Hispano-Moreseque ware which – besides any Arts and Crafts aspirations – also fuelled this type of decoration. Burton himself was a trained chemist (Studied chemistry under Thorpe at the Royal School of Mines).Burton’s pioneering work on lustre kept at Wedgwood pioneered Wedgewood’s Fiaryland Lustre glazes. (See Batkin.) Lomax 16,000 experiments! are kept at Salford Museum and Art Gallery nr Manchester. Burton’s contribution is important as well as Lomax. ‘Lancastrian’ and then ‘Royal Lancastrian ‘(1913)was chosen as the name because the firm was in the county of Lancaster probably not coined by Lomax.

Hi Mr. Corbett, Thank you for your response to the post. I will share it with the author, Devon Zimmerman, and my colleagues in Cooper Hewitt’s Product Design and Decorative Arts Department, the curatorial division that cares for ceramics collection. The information is very useful for our files.
Kind regards,
Cindy Trope
Associate Curator, Product Design and Decorative Arts