The Dome and Cupola that Were Not There 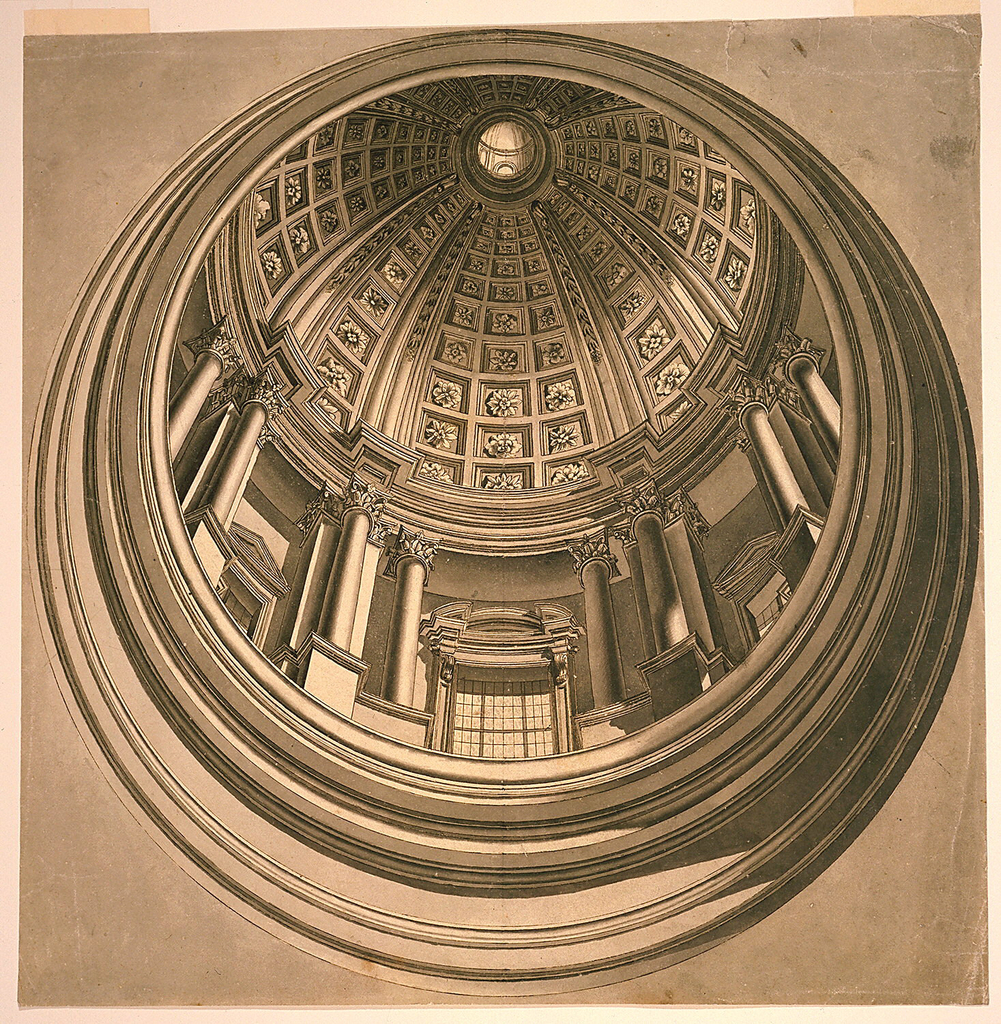 This perspective tour de force dazzles the eye with the complexities of its illusionistic architecture. The story behind the work is equally compelling.

When the magnificent Church of Saint Ignatius Loyola was constructed in Rome during the late 16th-century Counter Reformation, the newly founded Jesuit order was trying to solicit the faithful to their cause. They believed that the artist’s role was instrumental in proclaiming the faith and stimulating religious fervor. To this end, they hired Giovanni Battista Gaulli, known as Baciccio, to create an illusionary ceiling fresco with painted and stucco foreshortened figures that appeared to be rising to heaven or descending to hell. The illusionary effect was remarkable.

Starting in 1674, Andrea Pozzo, a member of the Jesuit Order, applied his own considerable talents to the remainder of the church’s ceiling and walls. Pozzo’s first task was to find a solution for the unfinished Gesu dome. The Church fathers had wanted to add a cupola (as a lantern) to the dome to magnify the space but were prevented from doing so by a legal suit. Pozzo’s brilliant solution was to paint a fictive dome and cupola on a flat canvas in quadratura—an illusionistic painting technique in which the perspective lines recede toward the center so the architectural elements seem to be an extension of the structure’s existing walls. Pozzo’s painting was then set in the drum of the real dome. Pozzo published his ideas on perspective in a famous treatise Perspectivae pictorum atque architectorum (The Rules and Examples of Perspective Proper for Painters and Architects), printed in two volumes in 1693 and 1700. The treatise included an illustrated section on the Gesu dome.

The author of this drawing follows (with some important changes) plate 91 in Pozzo’s text, which illustrates how to create an illusionistic dome and cupola in quadratura that seems to extend the space above the actual church architecture. In his treatise, Pozzo wrote that that his book illustration would undoubtedly last longer than his painting, but the canvas is still in situ today! Pozzo’s influential book on perspective was published in 19 editions over a 50-year period in all Western languages, and Japanese. This drawing demonstrates the tremendous influence Pozzo had on the architects and painters that came after him.