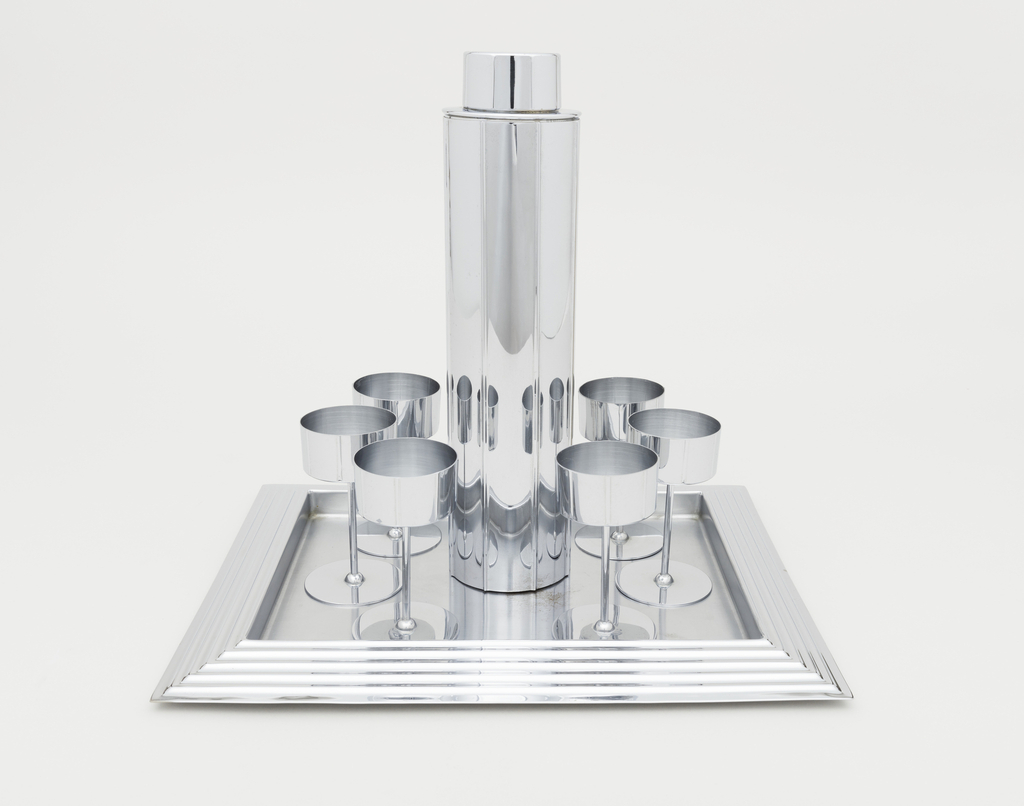 Millions of Americans wanted a drink when Prohibition was repealed at the end of 1933. Perhaps it might be better to say a legal drink? Alcohol consumption for the thirteen years after the passage of the Eighteenth Amendment had by no means stopped. In basements of brownstones and behind backroom doors, a generation of Americans gathered in “speakeasies” to illicitly drink.  Buoyed by a post-war economic boom, this generation reveled in the rebellious act that set them apart from the social and moral conservative movements that led to the passing of Prohibition.

Cocktails became a staple of speakeasy culture. The liquor most available during probation was of poor quality and high proof, the result of illegal, and thus unregulated, distilling operations. To make these contraband liquors more palatable, bartenders added different bitters, juices, and sweeteners inventing many of the most iconic modern cocktails.[1]

When Prohibition ended, cocktail culture moved from the speakeasy to the living room through the newly popular buffet party. This novel, and particularly modern, form of hosting embraced and domesticated the growing informality of 1920s youth culture. Rather than undergo all the formalities—and, for that matter, costs—of a traditional seated dinner and its required accoutrements, hosts would set tables with pre-made fixings and pre-shaken cocktails for guests to pick at as they please while mingling throughout the room. This change in cultural practice was as much practical, as it was stylish. It was a less expensive way of hosting as the effects of the Great Depression became increasingly felt by middle class households.[2]

To capitalize on this growing market of informal hosting ware, many companies turned to modern designers to provide an appropriately modern look to this modern form of hosting. The Manhattan Cocktail Shaker is a perfect example of this. Designed by the American, Norman Bel Geddes, the simple cylinder-like form of the chrome-plated shaker conveys a sense of modernist efficiency—one paralleled by the efficiency of the buffet party. The title of the service and the stepped edge of the tray make unambiguous allusions to the decidedly modern urban landscape of New York City. Finally, despite its industrial form, the tall stemmed coup glasses suggest a refined and polite form of alcohol consumption suitable for a domestic party that differed from the Prohibition years. As Kristina Wilson writes, “These stems presume a careful user—a person who can drink with dignity and protect their fragile form through responsible behavior.”[3]

← The Dome and Cupola that Were Not There
Suzushi Stripe →

One thought on “Manhattan Neat”

Fabulous design, interesting context. Thanks much for sharing.