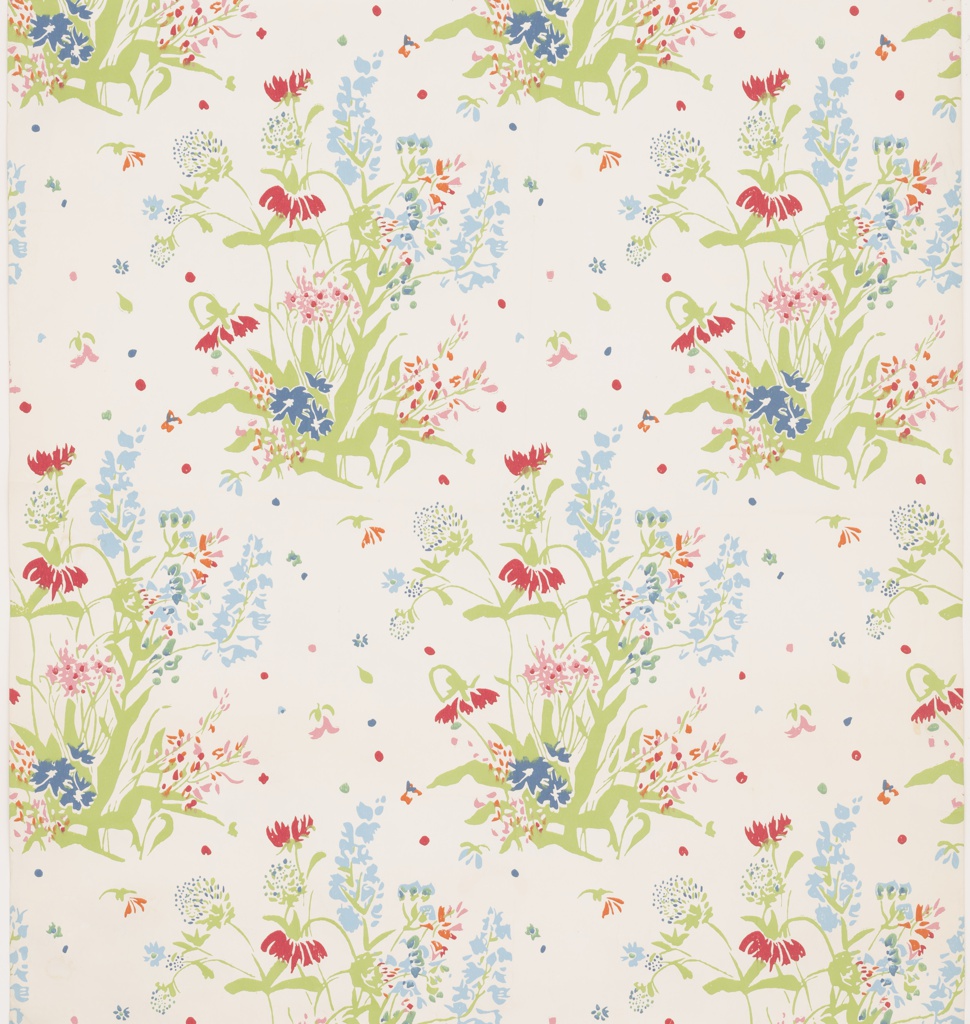 Posted by Gregory Herringshaw on December 16, 2019

This delicate floral design by Lanette Scheeline was one of the early wallcoverings printed on Tyvek. The design consists of a fairly small repeat, actually, a single small bouquet of mixed flowers, perhaps wildflowers, repeated two across the width and repeating vertically on the diagonal. The flowers are rendered in a stylized manner, and printed in shades of red, green and blue pigments which seem to float on the stark white background.

While Lanette does have some designs that are architecturally based, she preferred working from nature. She clearly studies her subjects, capturing their various growth patterns and the key features that make each of the various species unique. She designed a wide variety of floral repeating patterns printed in several different techniques. She quite excelled in her mural designs, which allowed her to render these natural elements in very large scale.

Tyvek was first discovered in an experimental lab at DuPont in 1955 when some “white fluff” was seen coming out of a pipe. This fluff was polyethylene, for which DuPont applied for a patent within the year. DuPont trademarked Tyvek in 1965 and made it available for commercial purposes in April 1967. Tyvek is difficult to tear and weighs less than other wallcoverings, while applied coatings give the material stain resistance and scrubbability. Seeing this as an ideal material for the do-it-yourself market, wallcoverings were made pre-pasted and pre-trimmed for easier installation. Wallpaper manufacturers were apparently excited by this new product, as a trade magazine article in April 1967 lists nearly a dozen wallpaper firms planning to print collections on Tyvek. An advertisement from two years later lists additional manufacturers printing wallpaper on Tyvek.

Greg Herringshaw is the Assistant curator in Wallcoverings.