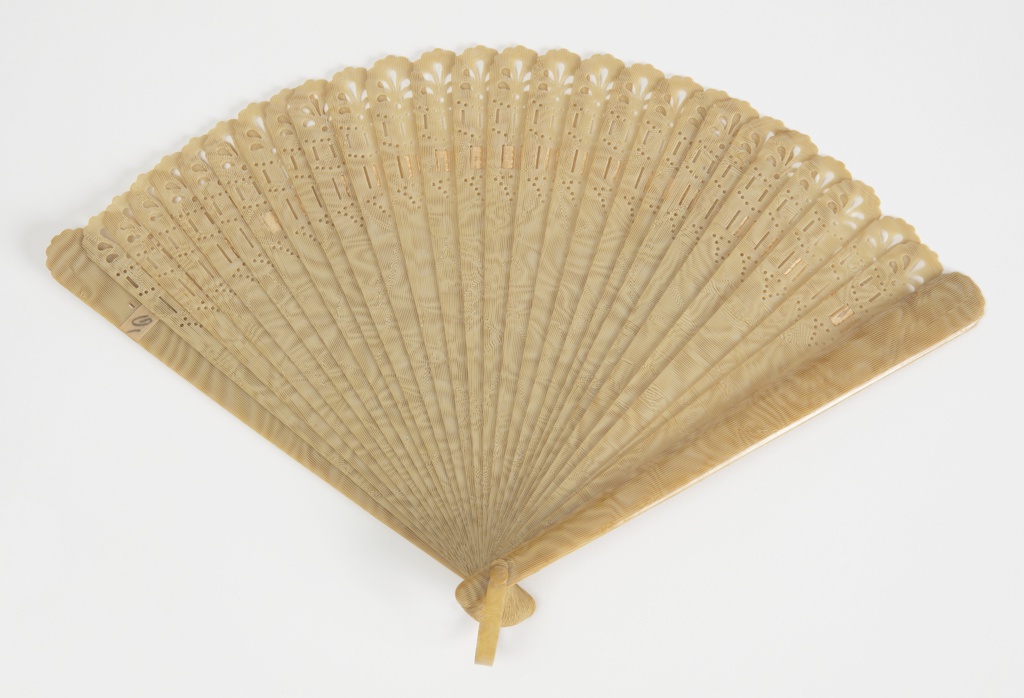 This fan is in “good” condition for cellulose nitrate and therefore a rarity. Cellulose nitrate is an early plastic polymer invented in the mid-nineteenth century and derived from cellulose that is treated with nitric acid. The material gradually degrades, releasing nitric acid. This fan documents a time of experimentation when substitutions for costly natural materials, such as ivory, were being pursued.

The very unusual treatment of the opaque and translucent material in the sticks mimics and exaggerates the natural striations found in ivory and creates almost a moiré effect. No one seeing this fan at its time of manufacture would have mistaken it for ivory; it is instead a demonstration of the potentials of a new material while referencing a traditional material used for fan construction. It is probable that the fan has darkened quite a bit, which would be the natural progression of the material and may have originally been more of an ivory color. From the point of view of fan history, this fan provides an interesting parallel to the pierced and drilled stick designs found in earlier brisé fans from the first quarter of the 19th century, which may be an indication that this fan is an unusual example of a revival style 100 years later.

This object is currently on view in Nature by Design: Plastics.