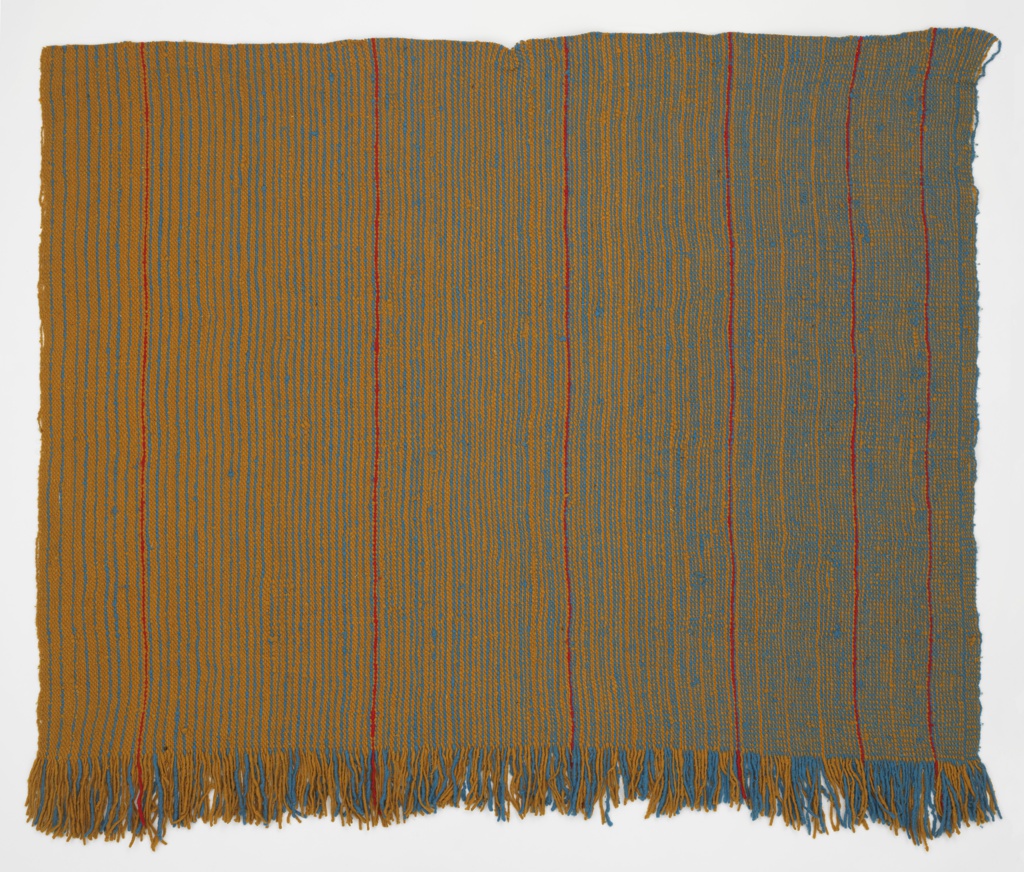 In 1959 Louis Kahn was commissioned to design a new building for the First Unitarian Church of Rochester, New York. The congregation had met for many years in a building of special architectural quality, designed in 1859 by Richard Upjohn, a leading 19th-century architect and founder of the American Institute of Architects. When that building had to be demolished for downtown redevelopment, the congregation felt a responsibility to replace it with one by a leading 20th-century architect, giving the community a notable example of contemporary architecture. Kahn’s finished building had a cubic concrete interior with no windows or interior detailing, but light streamed in from the four towers at each corner of this central space.

Jack Lenor Larsen recounts meeting with Kahn at Larsen’s Gramercy Park Apartment in 1962 to discuss the possibility of creating a series of textile hangings for the side walls of the church in order to correct the reverberating sound and also “to provide visual incident on three of the walls.”(1) Kahn wanted a color harmony using only red, blue, and yellow, and Larsen gave him a subtle spectrum of colors that also included orange, green, and purple just by using different shades of colors in the warp. The wool was handspun in Mexico and ultimately handwoven in the United States. In the weft, Larsen used a clear and relatively stiff monofilament that produced a desirable rigidity in the vertical wall panel. Batting underneath helped to absorb sound.

Most likely this particular piece was part of some earlier samples that tested the combination of colors. The final series of hangings range from warm yellow to cooler blues and grays and add to the church interior prismatic colors that seem to emanate from the natural light above.

← Refocus
A Swirl of Nooks for Contemplation →