So Much Light Cast, So Little Space Used 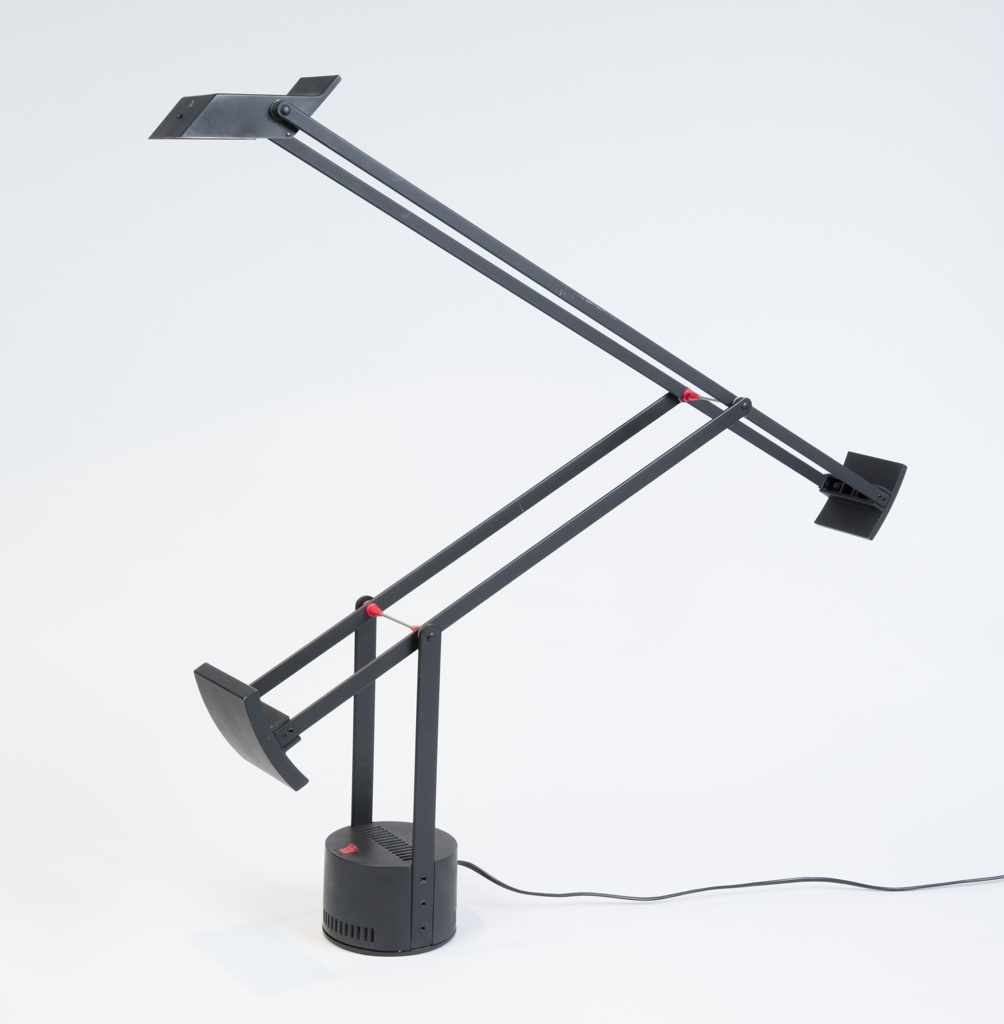 In 1970, aeronautical engineer Ernesto Gismondi and architect Sergio Mazza, co-founders of the lighting manufacturer Artemide, asked industrial designer Richard Sapper to design a desk lamp. A year later Sapper presented them with the Tizio lamp, a product that met his own needs. “I wanted a work lamp with a wide range of movement, but one that, despite its ability, would claim only a small amount of space.”[i] Sapper also preferred a light source that shined directly on a work surface, and that did not require a cumbersome reflector positioned close to the user’s head. His design, the minimal black form of the Tizio desk lamp, combined the new, small yet bright halogen light bulb technology with a well-engineered flexible structure.

The Tizio lamp has simple panel-like counterweights on its two sets of bearing arms, which allows the user to direct the light to any spot the user wants to illuminate. The lamp can be easily adjusted with a pull or push of the hand and stays in place on its stable cylindrical base without having to tighten knobs and fasteners. The form appears simple but its construction is complex, utilizing over 100 components. A type of snap fastener, rather than screws, connects the joints. If the lamp falls, the joints separate instead of breaking, and can be snapped back together. The cylindrical base, with its bright red on/off switch, houses the transformer. The slender arms conduct electricity to the bulb, eliminating the need for external wires. A small reflector in the lamp’s trapezoidal head works with the halogen bulb to provide highly concentrated light. Sapper’s use of a halogen bulb represented a breakthrough in lighting design; up to that time, halogen bulbs were rarely used outside the automotive industry, but with the Tizio they could be used in any work space or home. The design of the Tizio lamp achieved a noteworthy feat of engineering and practicality in a spare, graceful form that has remained in production for nearly half a century.