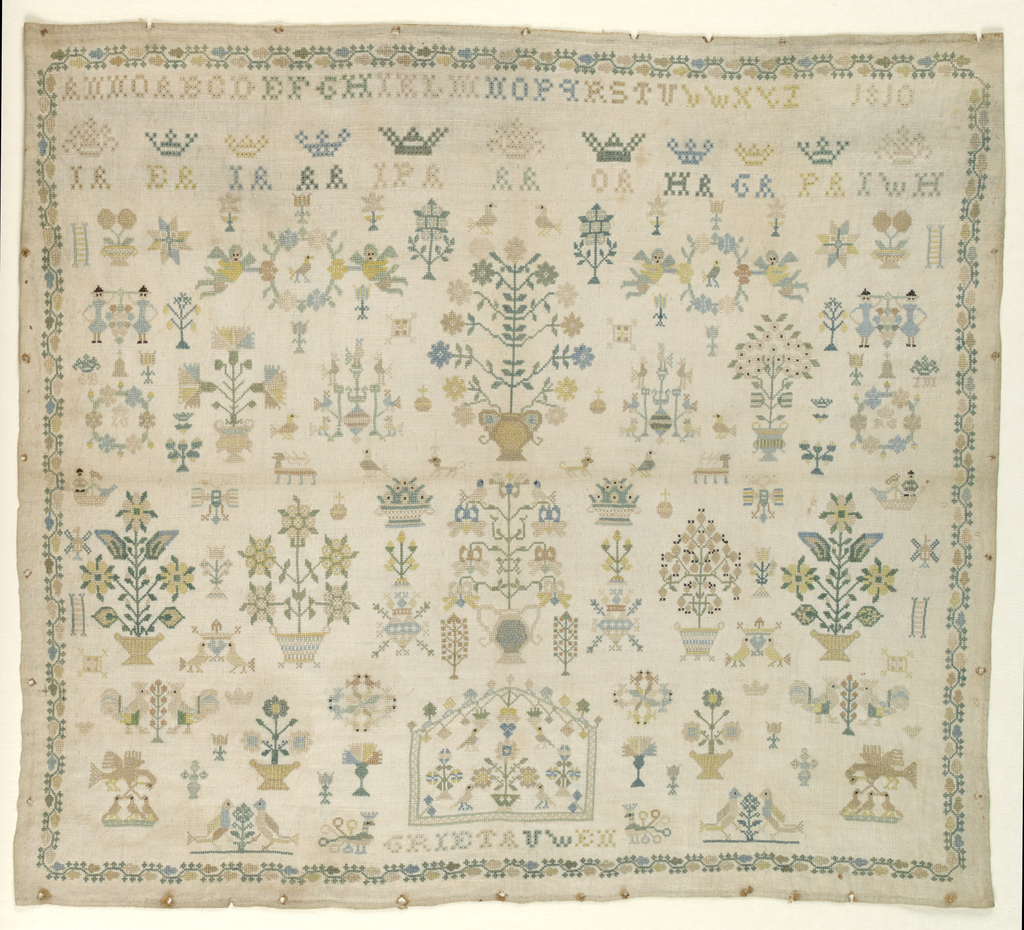 Griet Ruwen’s sampler shows how deeply ingrained faith and religion were in daily Dutch culture in the early 19th century. Even as she practiced her needlework, Griet expressed piety and religious devotion through symbolism.

Below the crowns and initials are two angels holding a wreath of roses, which represents eternity. The wreath encircles a dove, a symbol of mercy and peace. In the center, a line of three animals is repeated symmetrically on each side: a hart, representing gentleness and pride; a dove, a symbol of mercy and peace; and a dog, symbolizing fidelity and watchfulness. Close to the borders on each side are the Spies of Canaan, represented by two men with a cluster of grapes between them. The grapes represent Christ on the cross. The ladders are among the Instruments of Christ’s Passion. At each lower corner is a bird known as the Pious Pelican, who shown feeding three younger birds, a symbol relating to Christ’s sacrifice.

← The Re-creation of Repoussé, A New Technique by Michael Izrael Galmer
A Groovy and Gear Paper →

2 thoughts on “Symbols of Faith”

It’s actually called a Pelican in its Piety. She is feeding her young her own blood by piercing her breast. True sacrifice.