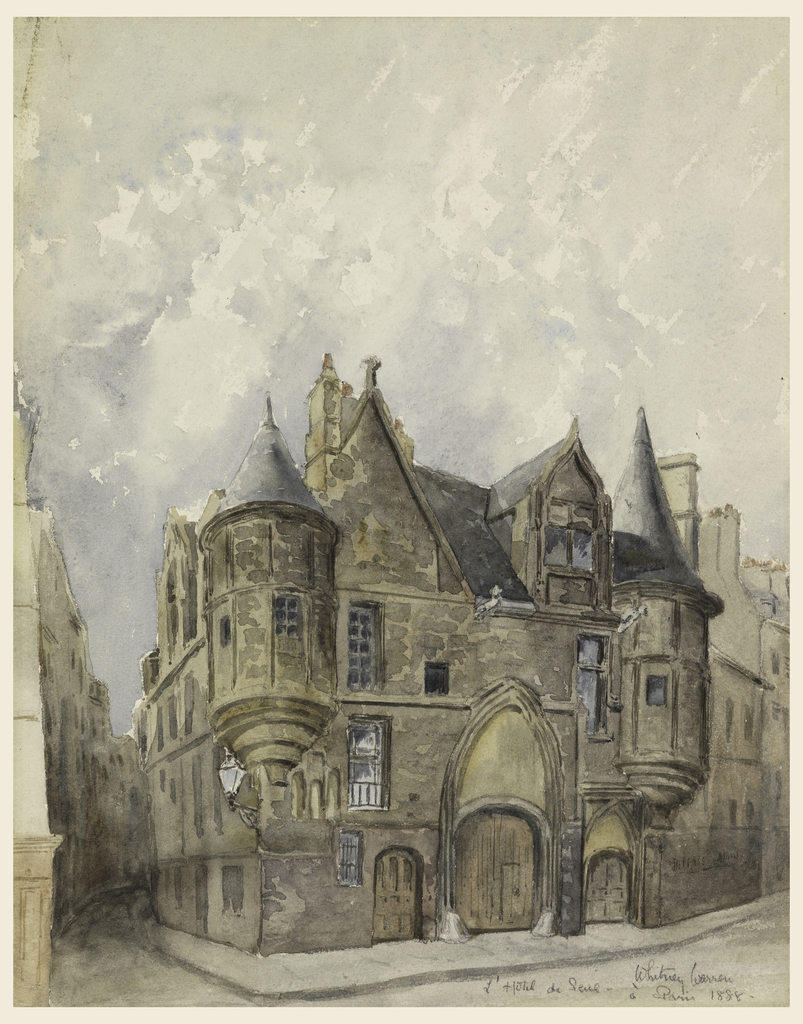 Before architecture firm Warren & Wetmore erected Gilded Age estate houses on Long Island, Newport country clubs, Park Avenue apartment blocks and the Beaux-Arts style Grand Central Station[1], Whitney Warren (1864-1943) spent ten formative years in Paris – from 1884 to 1894. Trained by historicists Honoré Daumet and Charles Girault at L’École des Beaux-Arts,[2] the American architect put his new skills to the test during summer sojourns throughout Europe. With sketchbooks readily at hand, the young practitioner produced a prolific set of study drawings – 230 of which are in Cooper Hewitt’s collection. Documenting churches in the Azores or Dutch townhouses, these watercolor and graphite sketches demonstrated a rigorous attention to architectural elements, including ornamental details and even dimensions.[3]

It’s no wonder that, like many of his contemporaries, Warren cultivated an appreciation for the gothic vocabulary of French Renaissance during the course of his time in France.[4] A great example of his affinity for this style can been seen in this watercolor drawing of Hotel de Sens. Built in the heart of Paris’ Marais district during the late 15th-century for the archbishop of Sens, this ecclesiastic residence features steep roofs, turrets, dormer windows and door-frames with “delicately mounted ornaments,” all stylistic embellishments consistent with the French Renaissance style.[5] Along with other examples comprised in his sketchbooks, this drawing would later act as reference material for many of the United States-based projects  Whitney and partner Wetmore would complete throughout the early twentieth-century. Employing historical French features, the firm helped establish the Beaux-Arts style in America. Such a drawing would have been crucial in Warren’s meticulous reconstruction of the World War I-damaged library at the University of Leuven, Belgium – completed in 1928. These sketchbooks maintained a link to the architect’s tenure in France, an exposure and education that shaped much of his career.

← A Stroke Of Color
Unsuccessful Propaganda →