A Stroke Of Color 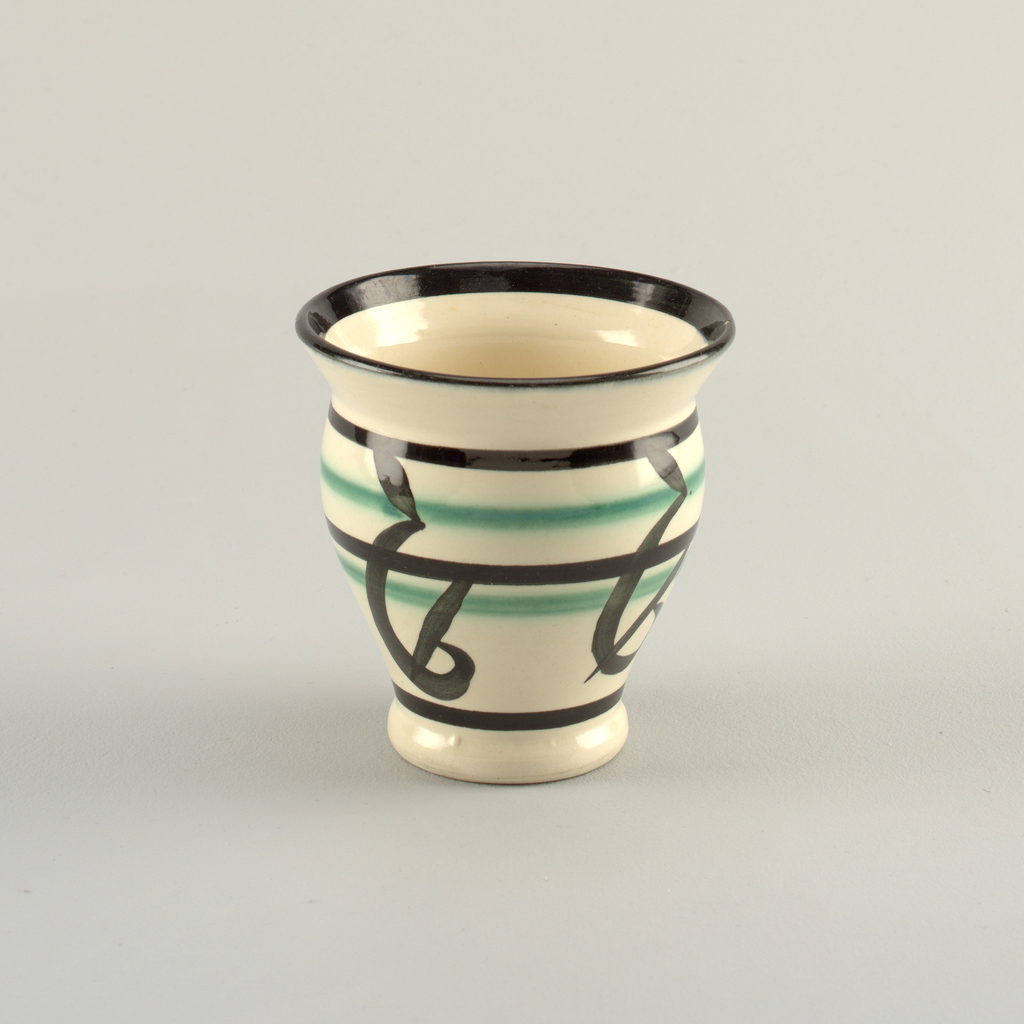 Posted by Catherine Acosta on November 11, 2015

Margarete Heymann-Loebenstein-Marks, also known as Grete Marks, was a German ceramicist and painter who studied at the Bauhaus School of Arts in Weimer in 1920–21, alongside Paul Klee and Georg Muche. Prior to this, she had attended the Kunstgewerbeschule in Cologne and studied painting at the Akademie der bildenden Künste in Düsseldorf. Her time at the Bauhaus was brief (because of the severe discrimination against women working in the pottery school), but it had a tremendous influence on her work.

Marks’ training as a painter is visible through the abstract decoration found on many of her pieces; calligraphic strokes of color decorate many of her decorative bowls and vases, like this glazed earthenware vase produced in 1930 at her own factory, the Haël-Werkstätten. She successfully co-owned and operated the Haël-Werkstätten with her husband and brother-in-law from 1923 to 1928. After both her husband and brother-in-law died in a car accident in 1928, she continued to operate and run the factory until 1933, when she was forced to sell the company due to her Jewish ancestry. She remained in Germany for two more years before relocating to Stock-on-Trent in England. There she remarried and designed wares for Minton, but the company found her designs too modern and difficult to sell. In 1938 she began the Greta Pottery, producing some of her earlier tableware designs from the Haël-Werkstätten until 1939. Afterward she created studio pottery, but by the 1950s she had abandoned pottery altogether and had returned to painting. She lived the rest of her life in England but never experienced the same amount of success she had had in Germany before her exile.

Known for their simple forms and colorful glazes and decoration, Marks’ ceramic designs reveal her strong predilection for modernism. In 2012, the Milwaukee Museum of Art curated Grete Marks: When Modern Was Degenerate, the first solo exhibit of her work in the U.S. It exhibited 30 of her pieces and was the first exhibit in the U.S. to thoroughly discuss her life and work. It highlighted her exile from Germany in particular. The Cooper-Hewitt has several pieces by Marks, all of which exhibit her beautiful artistic sensibility.

← Time to Face the Music
A French Renaissance Love Affair →