The Collector as Designer 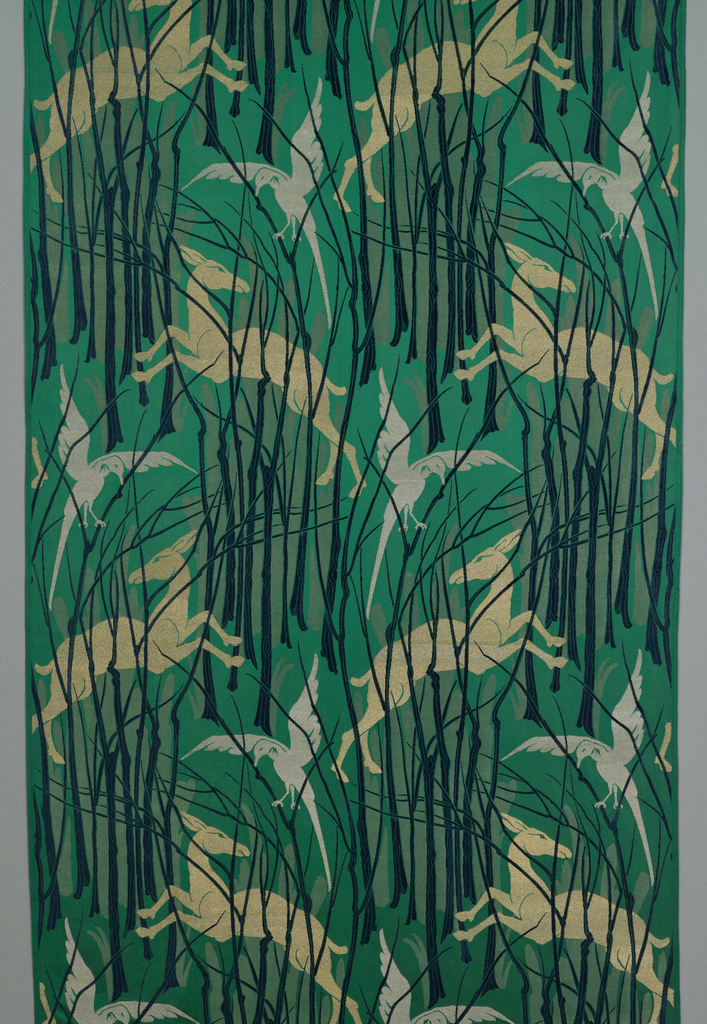 American textile designer and collector Herman A. Elsberg (American, 1869–1938) designed this eye-catching furnishing fabric in the early 1920s. It was hand woven on a Jacquard loom at Elsberg’s factory in Lyon, France. Gold gazelles leap under the watchful eyes of silver falcons on a brilliant green ground scattered with clusters of leafless dark blue trees. In a 1932 Bulletin, a staff member of the Museum of Fine Arts, Boston, wrote that under Elsberg’s direction, the Museum exhibited in its Forecourt a group of textiles made in Lyon between 1914 and 1924. As a sequel to an exhibition on French decorative motifs on historic textiles, the intention was to illustrate the continuing craftsmanship among the weavers of Lyon. Elsberg chose to exhibit a variety of textiles of his own design including velvets with floral and geometric designs. Some textiles were accompanied by an original sketch and the mise en carte or point paper drawing. His inspiration for this particular fabric, known as Falcon Hunt, came from the drawings found in the margins of Persian manuscripts.

This colorway of Falcon Hunt was donated to Cooper Hewitt in 1997 by Robert Fletcher (American, b. 1922), a costume and set designer for film, theater and television. He purchased the fabric from Paramount Studios in California after they decided to sell their enormous reserves of fabrics and trimmings that dated as far back as the 1920s.

← Trees on a Frieze
Water(proof) Lilies →