Meet the Hewitts: Part Seven described gifts to the Cooper Union Museum by the Hewitt sisters and their friends, establishing a world-class museum collection. With summer now upon us, let’s escape to the country as the Hewitts would have!

By late May, the society pages showed the Hewitt family spending more and more time at their Ringwood home to escape the warming temperatures and stifling atmosphere of New York City. By early June, the home was “officially open” for the season, hosting a seemingly endless number of friends, family, and guests. The Ringwood Manor estate fell along the border between New Jersey and New York, with the gated Tuxedo Park community just to its north. The entire area was considered a community for wealthy New York families that had summer estates there. Yet, it all lacked vivacity until the Hewitt sisters and their family arrived, as noted in the New York Times “Society Topics” in 1887: “Tuxedo has given but few signs of life as yet, but has had many visitors, and now that Ringwood is fairly opened for the Summer, and the Misses Hewitt have taken possession, there will be enough young people staying there to impart much life to the Tuxedo colony.” The pen-and-ink and charcoal drawings of the Tuxedo Park shown above are part of a series drawn by artist Vernon Howe Bailey. They were later published in The Century Magazine alongside an article written by the Hewitts’ good friend, Emily Post. The collection of images was purchased by the Hewitt family and hangs at Ringwood Manor.

Edward Ringwood Hewitt’s memoir, Ringwood Manor: Home of the Hewitts, details the wide variety of activities and guests visiting the family, giving the impression that Ringwood Manor was a place of both intellectual stimulation and, most importantly, fun! As previously noted in Meet the Hewitts: Part Five, the four Ringwood guest books contain signatures, poems, cartoons, and drawings from a veritable “who’s who” of prominent figures—including politicians, authors, inventors, and entertainers. One of the beautiful pieces of artwork found in the guestbooks, dated 1884; b. Abram Hewitt’s signature, noting he was “At Home,” is above an amusing poem that starts with the phrase “Tally Ho, Lett’er Go!” Ringwood Manor Collection.

The Hewitt brothers were known for playing practical jokes on prim ladies and their sisters’ unsuspecting suitors and for creating ingenious inventions that were solely for their amusement. They were also known for getting into mishaps. One such event occurred when Edward Hewitt managed to lasso a calf that was stronger than he expected, sending him on an unexpected ride! Edward’s brother-in-law, James O. Green, was a talented artist and visually captured the event in a series of watercolors in one of the guestbooks. Edward being tied up by the calf, signed at the bottom “J.O.G 1885.” Ringwood Manor Collection.

The constant flurry of activity and excitement at the estate was known far and wide and was so reported in “Society Topics”:  “At Tuxedo also they are still making merry, and the jolly part of young people who have been at their cottages and the clubhouse for the last fortnight, are reinforced daily by a detachment from Ringwood, headed by that indefatigable horsewoman, Miss Sally Hewitt, who thinks nothing of the seven mile jaunt between the two places.” 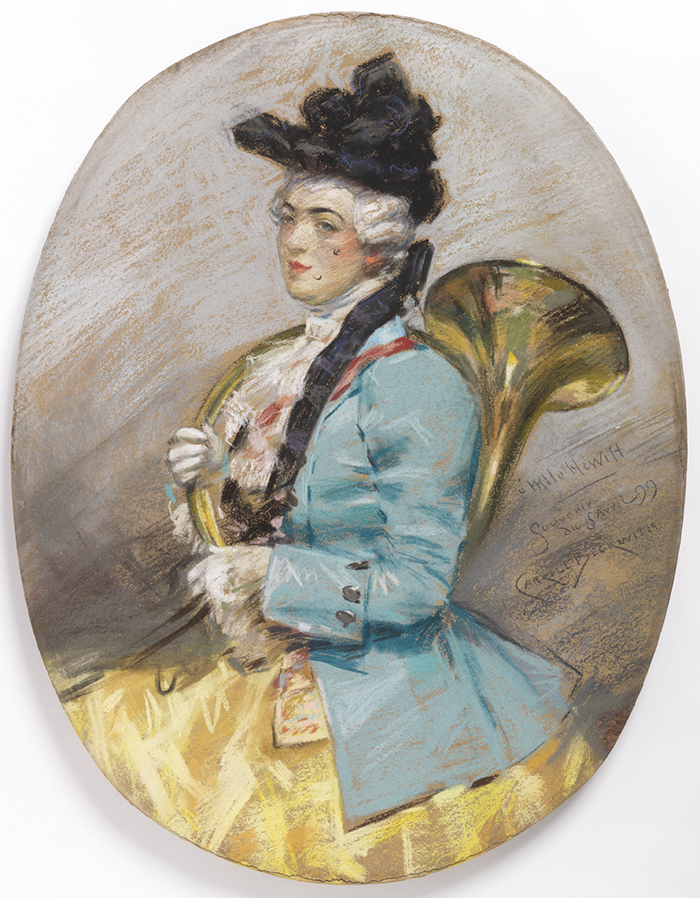 Artwork from the Ringwood Manor guestbook dated 1891–1902. Note the commentary on how a visit could exhaust a guest after just one day! Ringwood Manor Collection.

Lest one think that Ringwood Manor and the Hewitt family were constantly in motion, there was a balance. The guestbooks’ artwork also illustrates the soothing, pastoral landscapes surrounding Ringwood Manor, depicting guests lounging, reading, and simply relaxing. The artwork itself reflects calm, passive activities, as visitors used the books as sketchpads, practicing their hand at drawing and painting during their free time. By mid-July, the heat was becoming oppressive even in the New Jersey countryside. In the late 19th century, the family escaped further north to the cool ocean breezes and summer estates along the coastlines of Newport, Rhode Island, and Bar Harbor, Maine, renting a home each season or staying with family to enjoy the social activities that took place in New England. Mr. Hewitt celebrated his 80th birthday in Bar Harbor with a special tribute from Andrew Carnegie. The Hewitts’ love of the area was great enough that, in 1904, they purchased the home known as Reverie Cove in Bar Harbor. As its name implies, the home is situated directly on the waterfront and, while impressive, still retains the cozy geniality the Hewitt family so enjoyed. Mrs. Hewitt and her adult children continued to frequent Reverie Cove throughout the early 20th century. 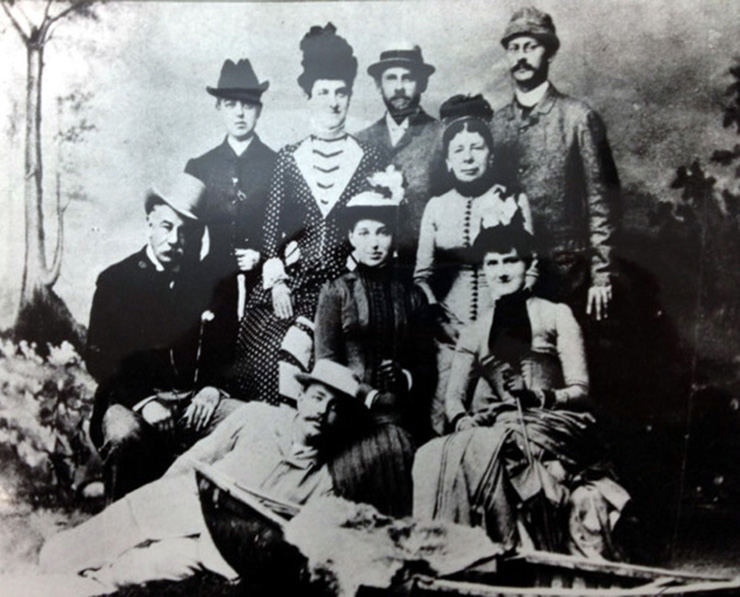 Photograph of a Hewitt family group at Bar Harbor. Eleanor Hewitt is seen sitting in the center of the group, and Sarah is standing at the far left. Cooper-Hewitt, National Design Museum.

In 1938, Ringwood Manor and its surrounding property was donated to the State of New Jersey for use as a museum and a state park. The site was declared a National Historic Landmark District in 1976. Ringwood Manor is open to the public for guided tours throughout the year. Thirty of the 51 rooms, complete with their original furnishings, are available to see. Information regarding tours and events at Ringwood Manor, along with history of the site, can be found by visiting www.ringwoodmanor.org.

The Hewitt Sisters’ Travels and Eccentricities, 1910-30