The Glow of Althea McNish 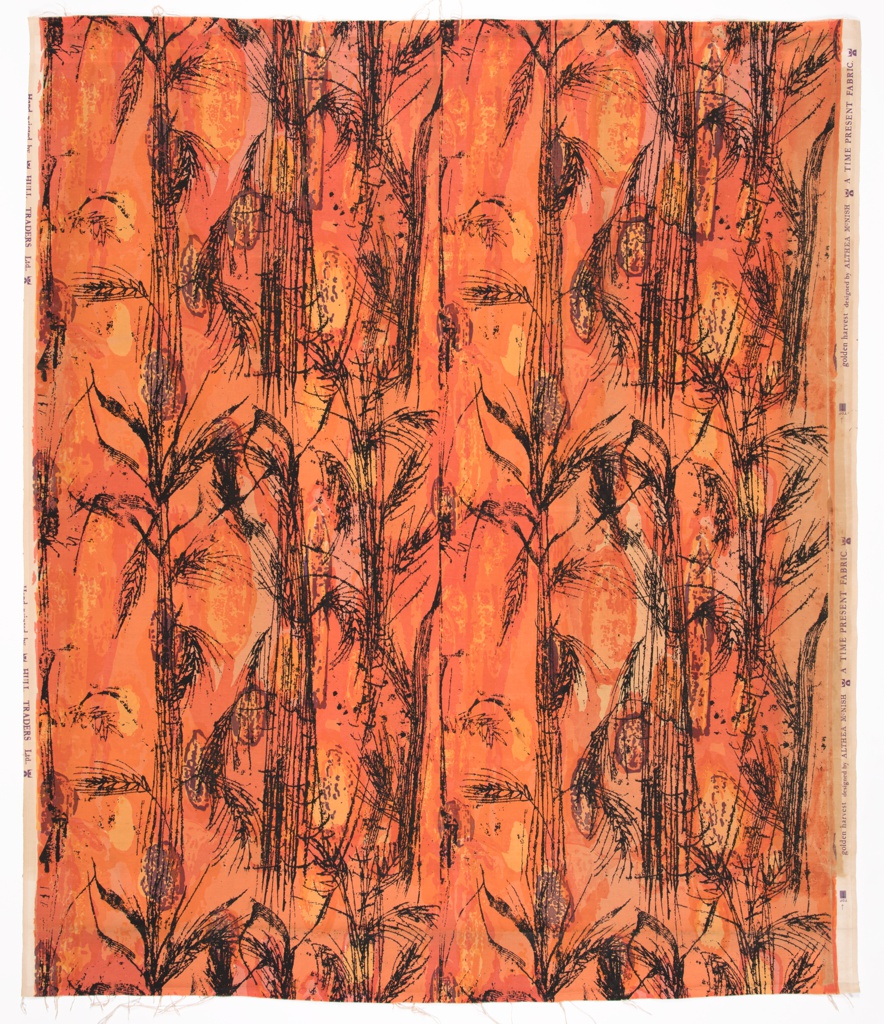 Posted by Kimberly Randall on February 22, 2022

Althea McNish (1924–2020) was one of the first Black women designers to receive international recognition for her achievements in design. Her textile Golden Harvest marks the beginning of a remarkable career for an under-recognized pioneer of 20th-century textile design.

Born in Port of Spain, Trinidad, in 1924, McNish had called England home since 1951, after she and her mother left Trinidad to join McNish’s father in London. Skilled in drawing, McNish had worked for a period as a cartographer in Trinidad and had studied informally with several painters. Long interested in “buildings, colours and design,” her original plan was to study architecture. [1] This plan was cast aside after her initial impression of London as cold and gray left her uncertain of whether she could spend the required seven years there as a student. [2] Aware of their daughter’s creative interests, McNish’s parents were supportive of her decision to instead study at the London College of Printing and Graphic Arts. McNish ultimately spent more than seven years on her education in London, completing her post-graduate studies at the Royal College of Art where in her final year of study she decided to specialize in textile design. Upon her graduation in the late 1950s, her design work had already evolved into her signature style of hand-drawn flowers and other tropical plants on a backdrop of bold, bright washes of color. Ironically, Althea McNish’s most iconic and successful design, Golden Harvest, was not inspired by the tropical vegetation of her native Trinidad, but the glowing wheat fields of Essex, England.

The earliest iteration of Golden Harvest dates to McNish’s days as a student at the Royal College of Art. While Hull Traders produced the design in 1959, the first trial prints of Golden Harvest were made by Tofos Prints, most likely in 1958. [3] The design would become an enduring hit for Hull Traders and helped launch McNish’s career. As a student, she had developed new methods of screen printing that made her painterly style possible and immediately set her apart from her contemporaries. Instead of following the Pop and Op Art influences so prominent in this period, McNish intentionally turned to the vibrant colors and plants of her native Trinidad. She even gave the wheat fields of Essex a fiery glow not typically associated with the English countryside. The British public, more than ready to abandon the drabness of the postwar period, readily embraced McNish’s bright and vibrant color palette.

← A Love Letter to Planetary
Year of Glass: Dutch Artistry →