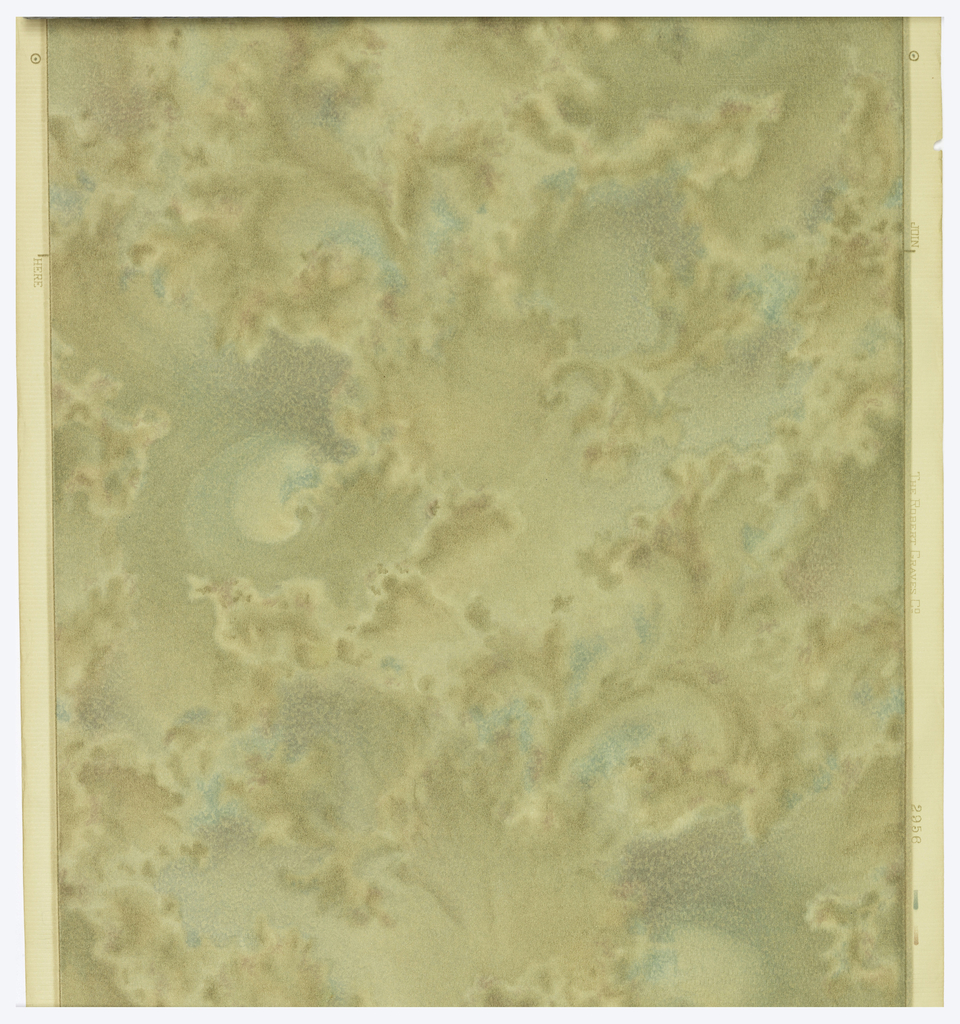 Posted by Gregory Herringshaw on January 10, 2020

Here is a wallpaper that is quite beautiful though difficult to describe. Rather atmospheric in effect, kind of a blend of crashing waves and tie-dye. If you start looking at the details there appears to be a scrolling acanthus motif which can be seen in the lower right, with a mirror image of this in the upper left. These soft, muted color schemes were popular during the 1920s into the 1930s.

This is an intaglio print, so it was machine printed with engraved rollers. It was printed in only two colors, blue and tan, which can be seen in the selvedge in the bottom right corner. Intaglio printed wallpapers were developed in England in the 1870s and were the first washable wallpapers. They were printed in oil colors which allowed them to be wiped clean. This was the only printing technique available that could print shades of a color as can be seen by the marks in the lower right corner, each of which shades from light to dark. This accounts for the very soft, watercolor effect of the design. Given their resistance to moisture, and the fact they could be wiped clean if soiled, these were used primarily in bath or wash rooms, kitchens, children’s rooms, or any room with heavy traffic or susceptible to dirt.

This was produced by The Robert Graves Company, a large wallpaper manufacturer with its factory located in Brooklyn, New York. The company was active by 1882 and went into liquidation around 1930.