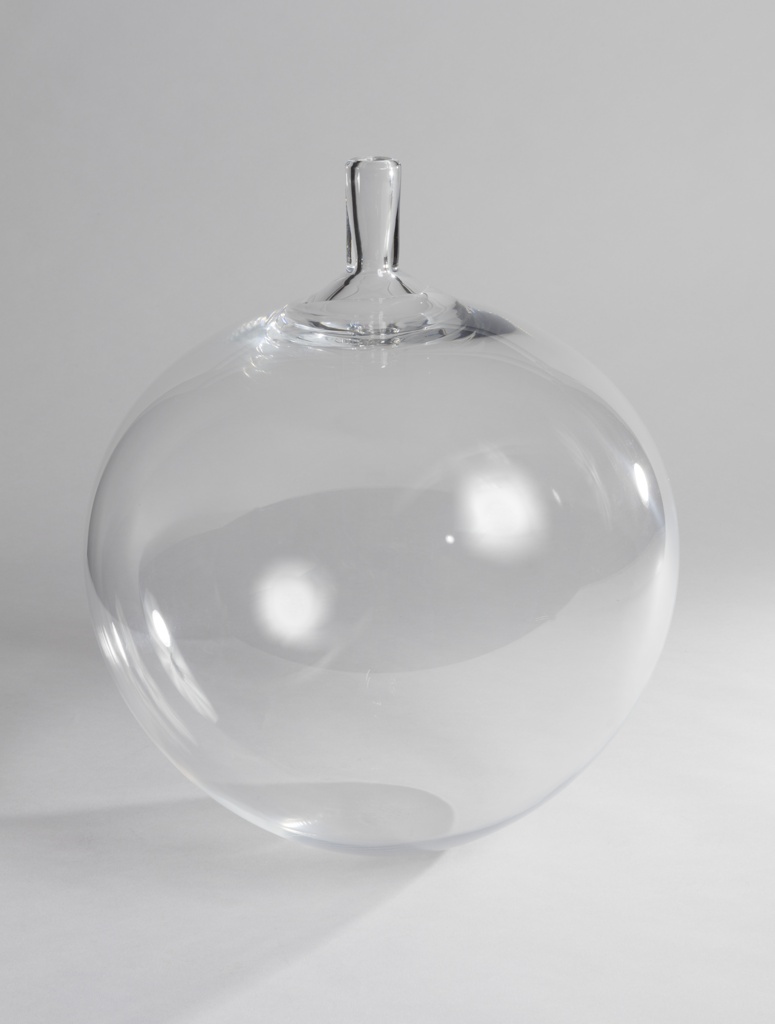 For the nearly thirty years between 1947 and 1971, that Ingeborg Lundin designed glassware for Sweden’s Orrefors glassworks, her designs were  prized for their originality, simplicity and grace. Founded in 1898, Orrefors originally manufactured bottles, window glass, and tableware. In 1914, the firm started to produce cut crystal, and by 1925 had become internationally renowned for its engraved art glass. By the late 1940s, the young Lundin and her contemporaries at Orrefors and other Scandinavian glassworks were developing new forms that expressed the spirit of a softer, organic type of modernism. Their work broke with the severe forms that characterized a rationalist modernism prevalent in the decades before the Second World War.

In 1955, Lundin designed the Apple (Äpplet) vase for the Helsingborg 1955 Exhibition, a world’s fair dedicated to modern design. While decorated vessels were an important part of Lundin’s oeuvre, the simple transparent form of her Apple vase is a beautiful luminous shape that needs no ornamentation. The slightly imperfect sphere, topped by a thick-walled cylindrical neck reminiscent of an apple’s stem, relies on the play of light on and in the colorless glass itself. The form exploits the transparency of glass exceptionally well. When shown at the Milan Triennale of 1957, the Apple vase won a gold medal. Produced in both clear and light green transparent glass, it is the best known of Lundin’s designs for Orrefors.