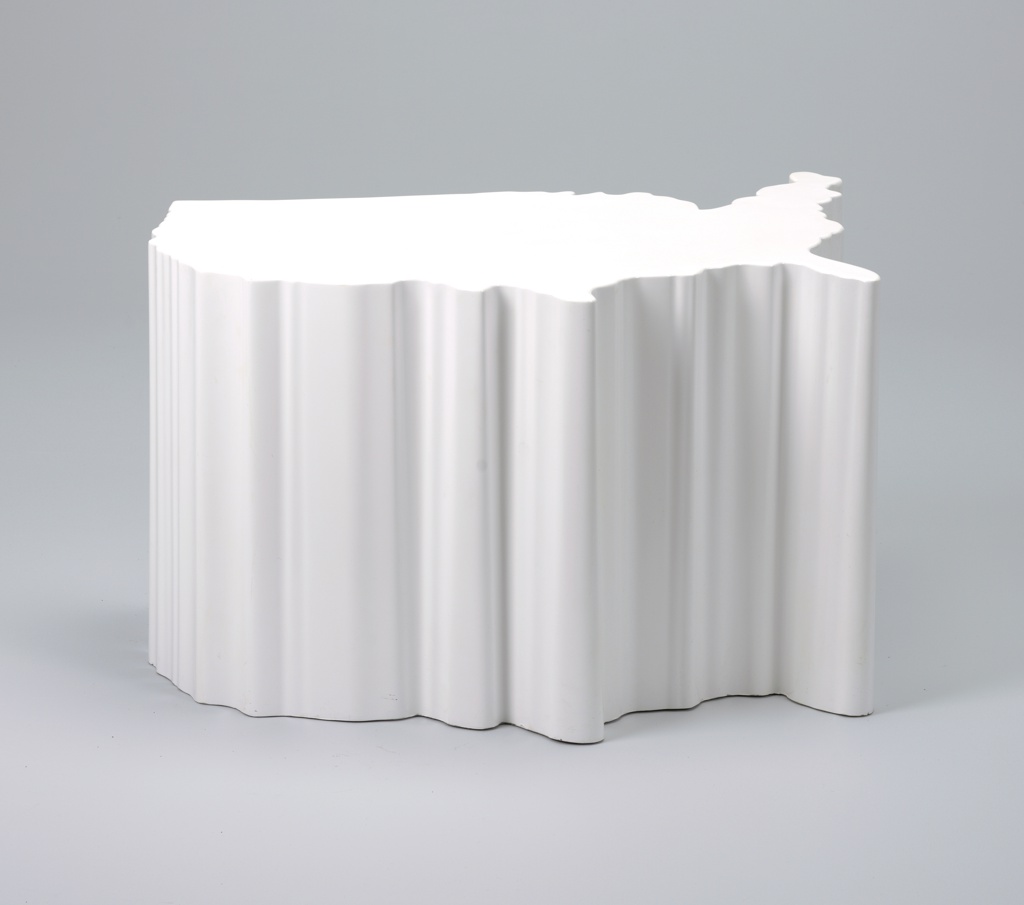 Best known today for his graphic design, Dan Friedman was also an educator and writer who tirelessly explored and experimented in many other design disciplines. In the late 1960s, Friedman studied graphic design in Germany and Switzerland, returning to the US in 1969 to start his career as a graphic designer for corporate clients.

But by the early 1980s, increasingly disillusioned with design in the service of commerce, and feeling that modernism had been coopted by corporate interests, Friedman experienced an ideological and creative shift. He devoted less time to commercial design and began spending more time with artists and designers in the galleries and clubs of New York’s downtown scene, counting emerging artists such as Keith Haring and Jean Michel Basquiat among his friends and collaborators. He began using his downtown apartment as a constantly evolving visual laboratory. Rejecting the modernist stricture “form follows function,” he pushed visual and conceptual boundaries, juxtaposing objects and creating colorful, eccentric assemblages on the apartment’s walls, floors, ceilings, and doorways. Influenced since the late 1970s by a European-based philosophical discourse about furniture, Friedman coined the term “mental furniture” to describe forms in which symbolic meaning, rather than function alone, is significant. He came to the realization “…that functional objects could be practical but at the same time layered in meaning, subversive, or ridiculous, and that these would be the attributes of radically modern, mental furniture.”[i]

Friedman’s U.S.A. table of 1993 relates to several large tables he designed in the mid-1980s, “…in the shape of places which I considered ‘trouble spots’ in the world—Africa, France, Texas, and California.”[ii] The size of a small side table, this form is a functional piece of furniture presented as a provocative (and whimsical) sculptural object: its flat top a miniaturized depiction of the continental United States, with that geography’s irregular contours transitioning into the table’s vertical sides, suggestive of the striations in a cliff wall. The molded plastic form was conceived for mass production, but produced (in red, white, or blue) as a limited edition by the Paris-based contemporary furniture gallery Neotu.[iii]

In 1994, a year before his death from complications from AIDS, Friedman authored the book Dan Friedman: Radical Modernist, offering his observations and philosophy on many aspects of design, along with twelve principals for generations of designers, including “Live and work with passion and responsibility; have a sense of humor and fantasy.”[iv]

← Deja Moo
A Canticle of Pan →