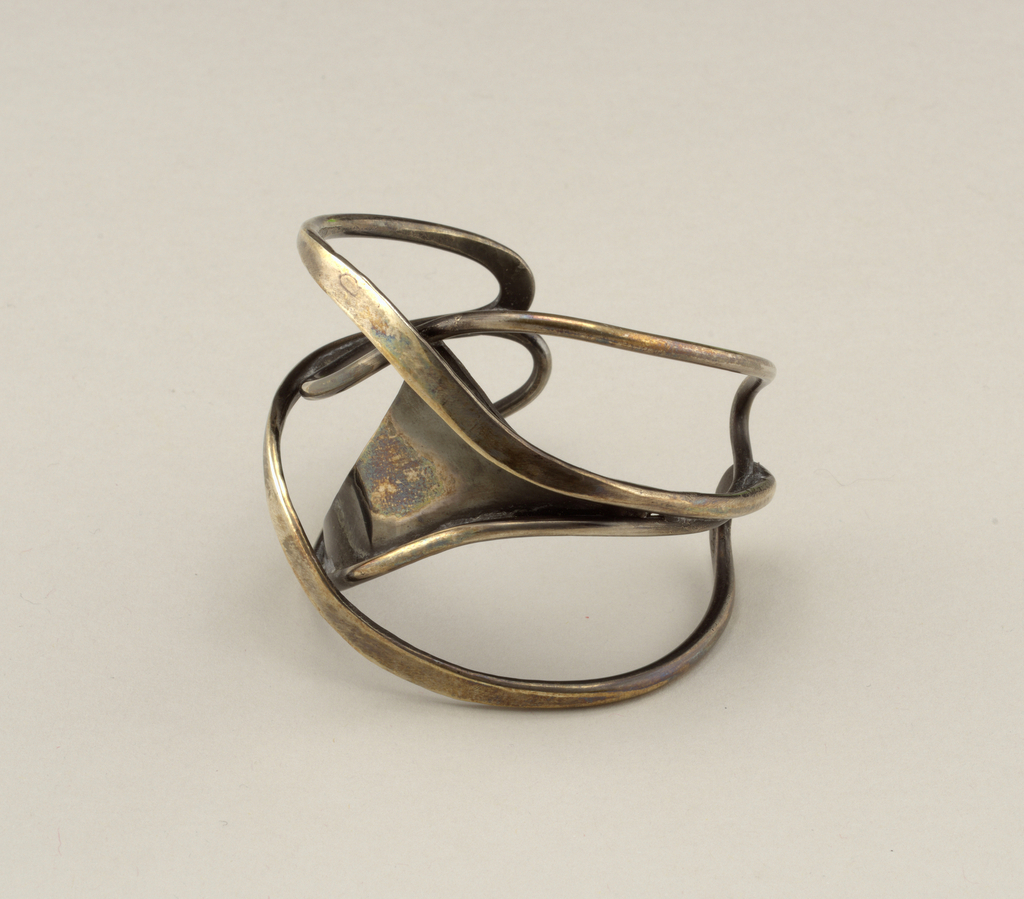 Joel and Ethan Cohen’s 2014 movie, Inside Llewyn Davis, set much of its story around the Greenwich Village folk scene of 1961. From 1946-1979, on 140 West Fourth Street, the African American jewelry designer, Art Smith, fashioned modernist pieces from simple metals that achieved new expressions in shape and form.

Visual resonance can be detected between pieces of Smith’s and the works of artists associated with modernist abstraction, such as Jean Arp or Alexander Calder. Especially in the case of Calder, there is an immediate connection as he too made jewelry. For Smith, his jewelry’s fullest expression is dependent on its interaction with the human body. Smith said, “I see jewelry as bold–as an integral part of the face, arm, or body. It should be incomplete until it is on, related to the body.”

Greenwich Village neighbors were many of Smith’s clients. This bracelet and a pair of gold earrings by Smith were given to Cooper Hewitt by the noted preservationist, Margot Gayle, who was a longtime resident of Greenwich Village.

Smith made cufflinks for Duke Ellington, and was selected to create a brooch for Eleanor Roosevelt. Even a character from the Cohens’ movie could have stopped in.

Abby Bangser is the founder of the art and design fair, Object & Thing, and was Artistic Director for the Americas and Asia for Frieze.