A Panther with Leopard Spots 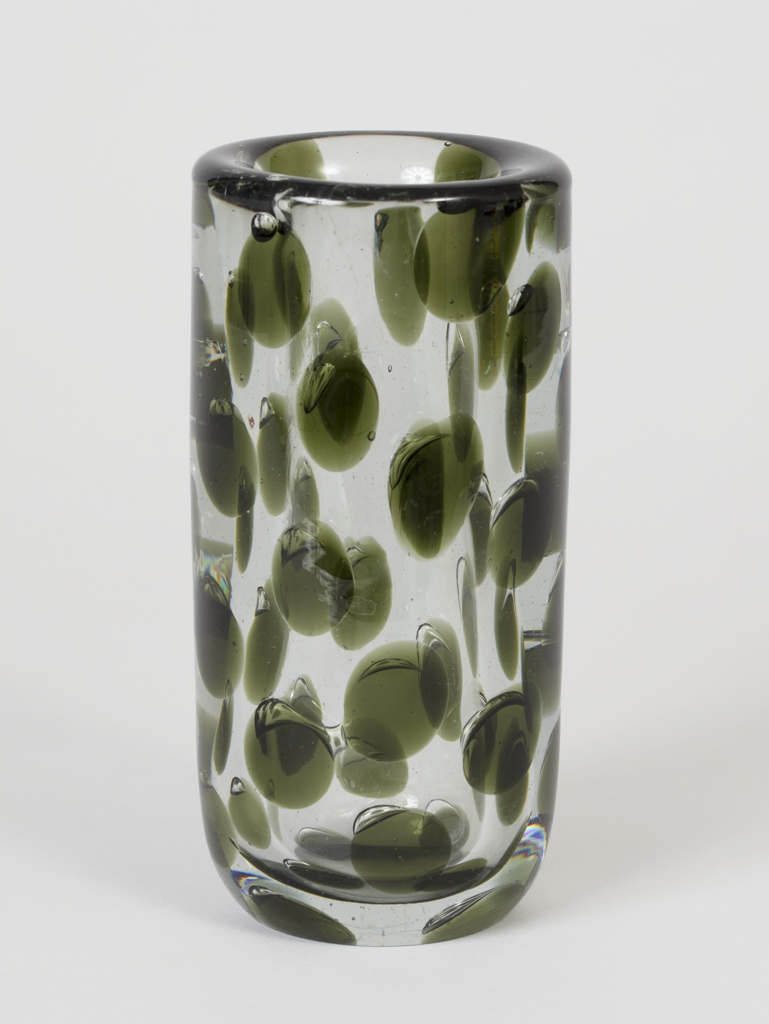 Saara Hopea (later Saara Hopea-Untracht) began her career as a furniture and lamp designer, but started designing glassware in about 1952, at a time when Finnish design was gaining prominence on the world stage for its strong attention to materials and sense of organic form in a modern idiom. Kaj Frank, Hopea’s former teacher at the Central School of Arts and Crafts, was the artistic director at the Nuutajärvi-Notsjö glassworks in 1951, and invited her to join the firm in that year. Hopea designed simple, robust forms in bold colors, creating both art glass and functional wares for the table.

One of Hopea’s trademarks was the combination of clear and colored glass with trapped air bubbles that created unusual visual impact. Her series of Panther (Pantteri in Finnish) vases, introduced in 1954, are characterized by thick clear glass walls encasing translucent colored spots–either green as in this example, or purple–each spot accented by an irregularly shaped air bubble trapped at its top. The overall pattern is reminiscent of the spots of a leopard (Panthera pardus), but when rendered in glass by Hopea, there seem to be endless plays of positive and negative space, of transmitted light and color, as well as reflected light within the walls of the trapped air bubbles. The simple cylindrical form delights the viewer with its surprisingly absorbing visual effects that exploit the transparency of the material.