A New Form for a New Technology 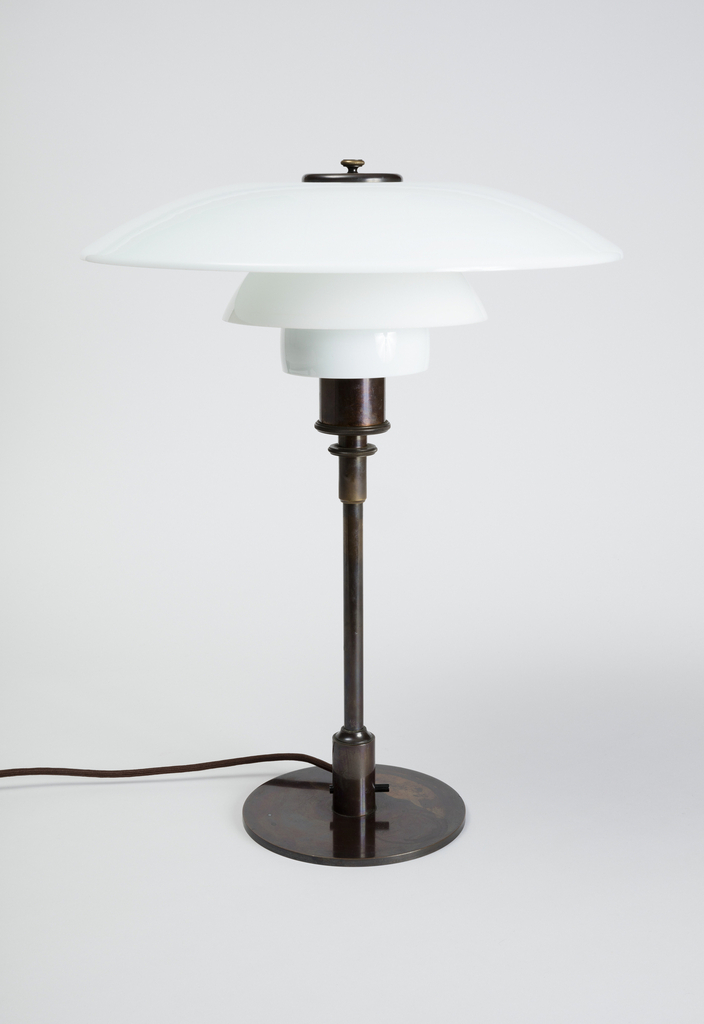 Danish architect and designer Poul Henningsen’s interest in light and lighting started at a young age when as a child in the 1900s, he observed the sharp glare from fixtures housing bare electric bulbs in his family home. Electric lighting was new, and older lighting devices, such as candlesticks or gas lamps, were being adapted for the new technology. The electric lamp had not yet achieved its own form.

By the early 1920s, when Henningsen was a practicing architect in Copenhagen, his interests included the challenge of designing electric lamps that would reduce glare and direct light where it was needed. He studied light diffusion and dispersal, experimenting with the size, shape and arrangement of reflectors, finally showing lamp prototypes in a 1924 Louis Poulson & Co. lighting competition for the Danish Pavilion at the 1925 Paris Exposition. His series of hanging lamps and table lamps won, and went on to garner gold medals in Paris. By 1926, Poulson had hired Henningsen and began production of the first PH lamps for use in a new exhibition hall in Copenhagen. The highly functional PH lamp series went on to achieve international attention.

The translucent milky white glass reflectors of this model PH 4/3 lamp by Henningsen, both diffuse and direct light while hiding the glare of the bulb itself. Henningsen’s design pares the electric lamp down to its simplest elements, to create a series of shapes accentuated by light and contrasting color. Three curved, circular reflectors are stacked, largest to smallest, atop a simple rod-like base on a flat circular foot of dark patinated metal. The socket is stamped “PAT. APPL.”, indicating that this example is an early production, manufactured before May, 1928, when the PH lamp was patented.