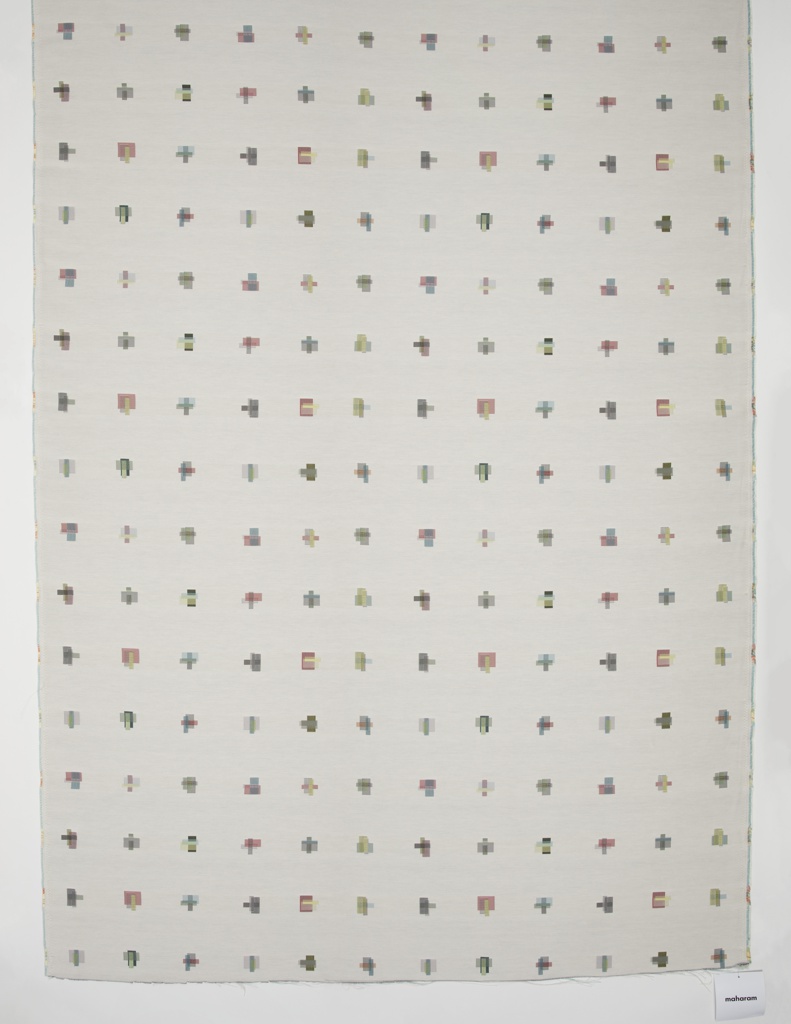 Maharam’s collaborations with artists and designers over the years have produced some extraordinary textiles and wallcoverings, and according to Mary Murphy, senior vice president of design at Maharam, one of their favorite partnerships has been with Scholten & Baijings. Their love of process, sophisticated color sense, and familiarity with the making of textiles creates a magical combination for Murphy in developing new textiles.

In the fourth collaboration with Scholten & Baijings, Murphy challenged them to look into their own textile heritage, particularly Dutch darning samplers, which Murphy had recently seen at the Cooper Hewitt. At the time, the designers were not aware of this tradition of needlework, which originated in northern Europe in the 18th century. Primarily made by young school girls, darning samplers taught girls how to mend worn areas and holes in cloth used for domestic garments and household linens, such as curtains and tablecloths. The darning imitated various weave structures, such as tabby and twill weaves, and were intentionally worked with bright colors for the instructor to better assess technical skill. With a 21st-century eye, these humble pieces of cloth now appear quite modern in their layering of colors within squares, which form an overall grid on the cloth.

Scholten & Baijings purchased two darning samplers and used these as inspiration for the three textiles included in this new line: Darning Sampler, Darning Sampler Large, and Darning Sampler Plaid. Early studies for prototypes consisted of fine threads wrapped and interwoven around hand-painted canvas swatches or finely patterned prints to understand color transformation. The most intricate of the three textiles is Darning Sampler made up of a repeat of twenty-four very small and colorful blocks in plain and twill weaves. Densely packed with as many as 150 yarns per inch in certain areas, Darning Sampler has some of the same textile structures – twill and plain weaves — found in the historic examples that Scholten & Baijings used for inspiration. Through their careful attention and sensitivity to scale and color, the designers translate the delicacy and preciousness of the original composition into a functional and beautiful fabric.