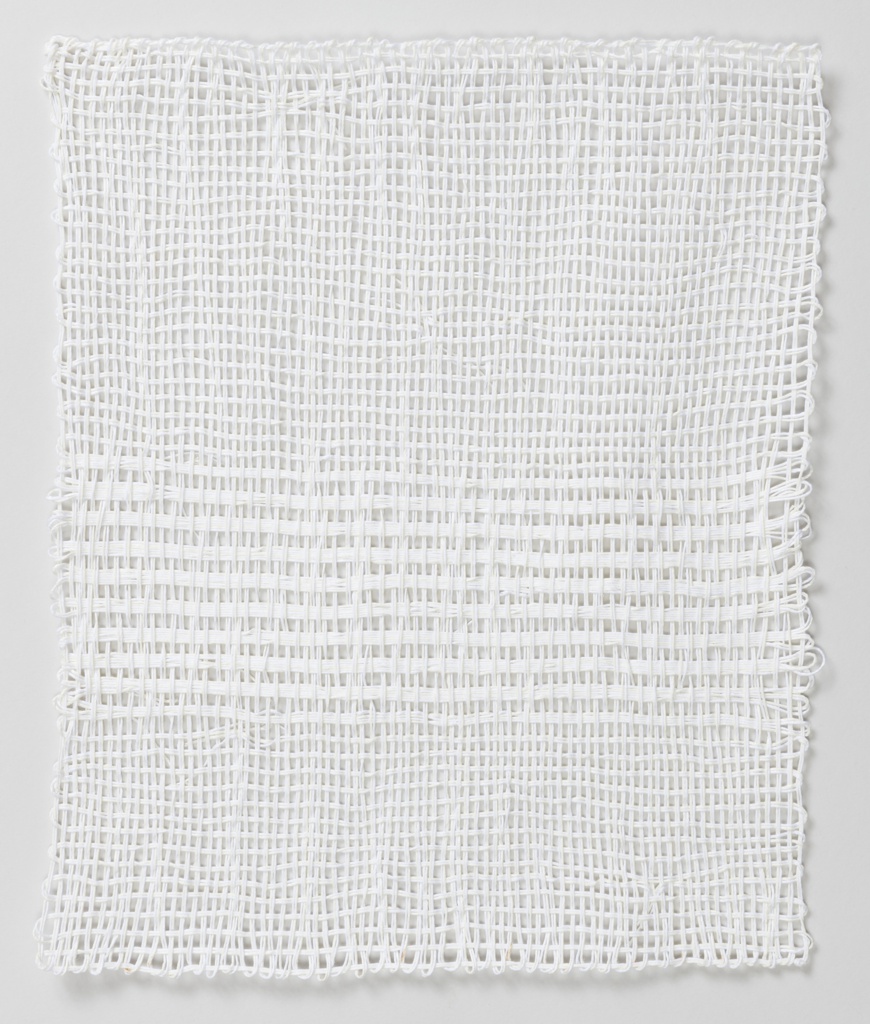 Sheila Hicks is one of the most important living artists today, who has chosen fiber as her primary medium. The museum is fortunate enough to have over sixty works spanning more than fifty years of her career, including textiles for commercial production as well as the intimate woven miniatures or Minimes she creates on her portable frame.

Hitomi I and Hitomi II are two miniatures that Hicks created in the summer of 2016. In the twenty miniatures the museum acquired in 2006, each one represented not only a specific period and place, but a specific idea and technique ranging from color to thread behavior to transparency and structure. Similarly, Hitomi I and II are vignettes of line form and texture using simple waxed linen thread, originally for sewing leather, and the most basic weave structure. By varying the tension and spacing as well as grouping multiple threads in different parts of the textiles, Hicks forms a narrative about the movement of thread. While looking at Hitomi I and II, it is easy to get caught up in tracing the thread as it travels over and under the warp and then reverses when it reaches an edge. The white color also makes it easier to concentrate on the single thread – observing its texture, thickness, and its straight or curvilinear path– which one also sees in her work from the 1960s and 70s (Muro Blanco, 1960; Advancing, Beginning to End, 1970).

In an interview in 1990 by architecture journalist, Mildred Schmertz, Hicks described her weaving and creative process, which still stands true today: “Once having understood weaving’s structures, my tendency has been to loosen up and create variations. Having comprehended the basic principles of interlacing threads, I departed from the established set of ideas, patterns, and themes (as in music) and continue to try to suggest new shapes, forms, contours and attitudes. The techniques I have used most are interlacing (basic weaving and its variations), massing and wrapping threads by binding them together, darning and drawing, painting and photography. I draw an idea, color it, photograph it, re-work it, try different materials, try different scales, and find the appropriate technology to actually make the work as I envision it. New ideas occur in the process.”*

*“Beyond Weaving,” An interview with Sheila Hicks in 1990 by Mildred Schmertz.