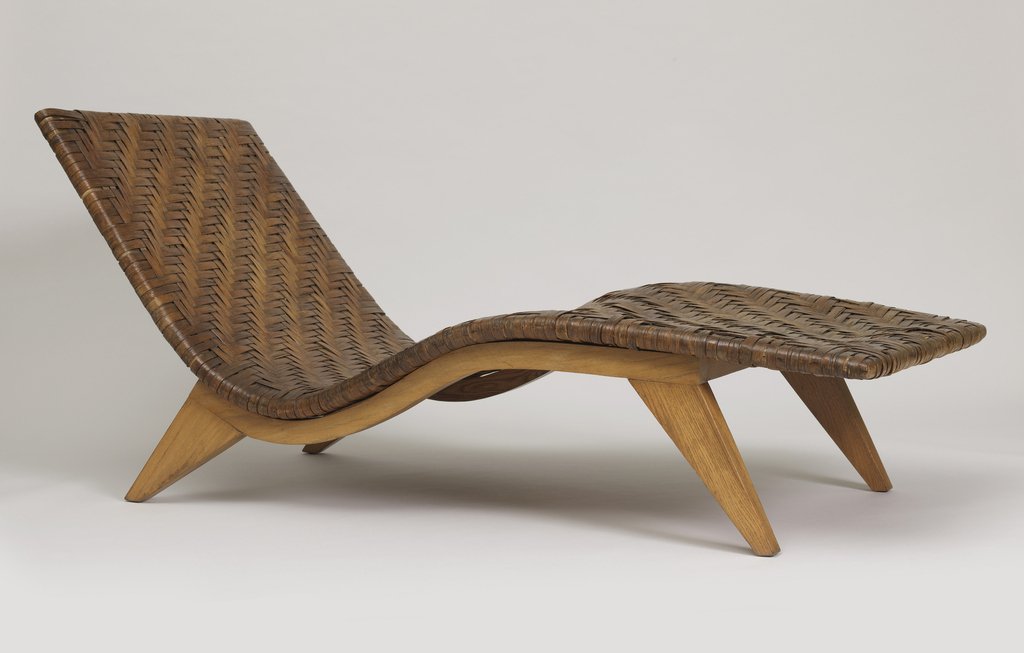 Posted by Rachel Hunnicutt on November 20, 2018

Edward Durell Stone, born in Arkansas in 1902, was an important proponent of the International Style in the United States, reconciling its crisp geometry and functionalism with American popular tastes. In the 1940s, however, his formalist aesthetic underwent a transformation following a cross-country tour that included visits to Frank Lloyd Wright’s Taliesin and Yellowstone National Park; these sites sparked Stone’s interest in vernacular materials and production techniques. In the early 1950s, he put this inspiration into practice for a line of furniture for Fulbright Industries. The firm was formed by a merger of Phipps Lumber Company and Springfield Wagon Company and run by Stone’s childhood friend and fellow Arkansas native, J. William Fulbright. Fulbright had been a maker of wagon wheels and farm implements but suffered a financial difficulties following decreasing demand after World War II. To bolster profits, Fulbright enlisted Stone to design a line of modern furnishings that included this chaise longue.

Despite both Stone and Fulbright’s notoriety and the positive media attention their campaign garnered, it was discontinued before it could achieve commercial success; the handcrafting and assembly of the pieces, as well as the cost of updating Fulbright’s facilities, made the line financially unfeasible. Nevertheless, the chaise is a testament to Stone’s experiments in American modernism and his commitment to regional heritage.

Rachel Hunnicutt is an MA candidate in History of Design and Curatorial Studies at Parsons School of Design and a cataloguer in the department of Drawings, Prints and Graphic Design at Cooper Hewitt.