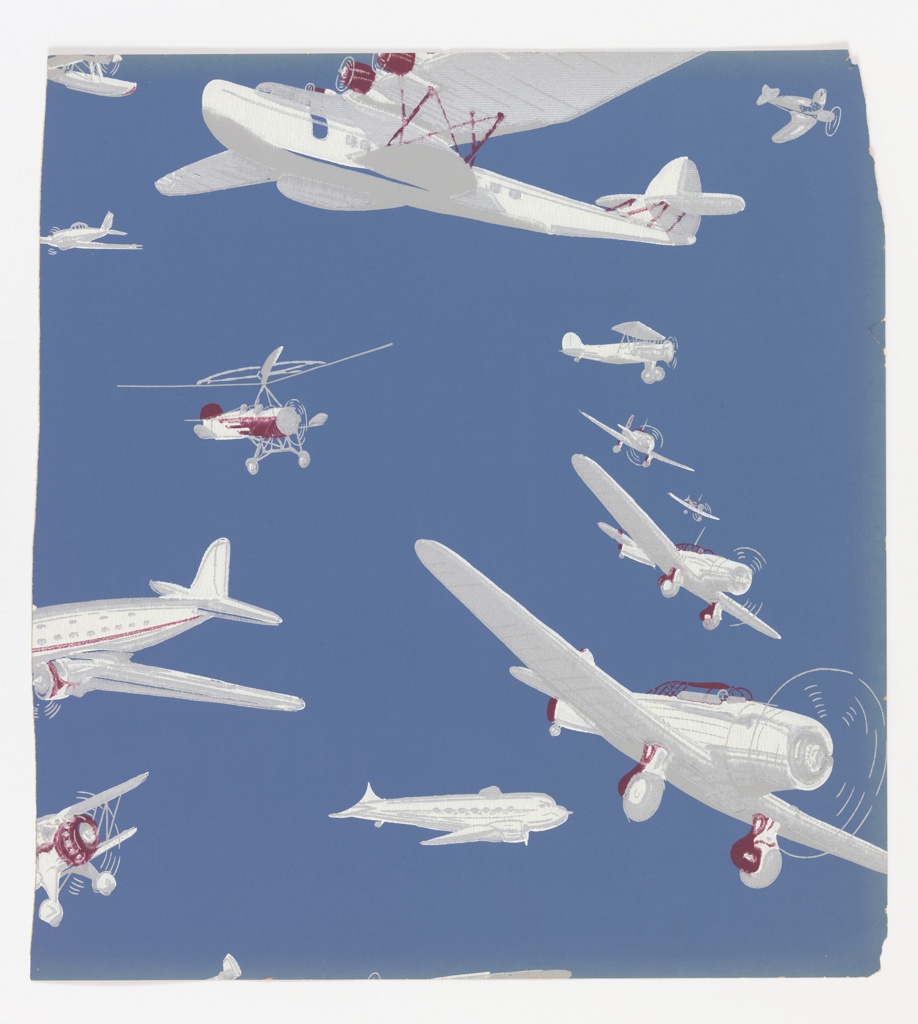 Thought it was time to write about another children’s wallpaper. This is a post-war wallpaper, probably one of the first to be produced following the moratorium on new designs during the war. It took manufacturers about a year to get up to speed and introduce their first collections. This design shows a variety of different aircraft, from small single props to jets to helicopters. Printed in red and white on a blue ground, with some gray shadows, the design has a very crisp and modern feel. While this pattern is fun and speaks of travel and adventure, it was inspired by a World War II promotional poster by the same name. The “Wings Over America” poster was designed for the U.S. Army Air Corps by Tom B. Woodburn in 1939. This classic pre-war poster features the Seversky P-35 which was the first single-seat fighter in the US Army Air Corps to feature all-metal construction, retractable landing gear, and an enclosed cockpit. While the wallpaper shows this multitude of aircraft flying seemingly randomly across the sky, hopefully maintaining their assigned flight patterns, the Army Corps poster centers around a rather threatening bald eagle, Army star emblazoned under his wing, with his fellow P-35’s all flying toward a definite target. Capturing the post-war fascination with air travel as well as honoring the plane as America’s first line of defense, this wallpaper was probably equally as popular in dens and family rooms as in boys’ bedrooms.