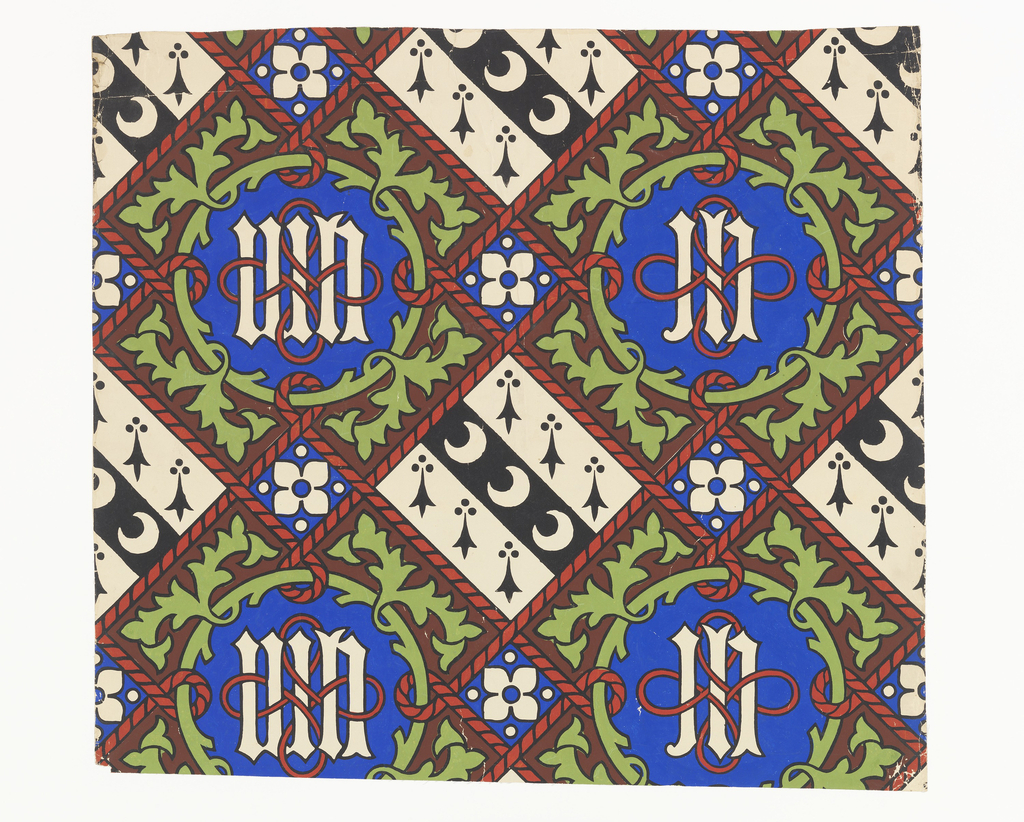 Posted by Gregory Herringshaw on June 6, 2018

This is one of a number of wallpaper designs by Augustus Welby Northmore Pugin in the museum collection. Pugin began designing wallpapers in the early 1840s, and was probably the most prolific wallpaper designer of the nineteenth century, designing more patterns than even William Morris. He created a number of private commissions for large country houses, as well as papers for more general use, but the majority of his designs were created for the Houses of Parliament, for which he created over one hundred different patterns. Pugin was one of the early proponents of the British Reform movement and he sought inspiration from authentic Gothic sources and rendered all his designs without perspective, as seen in this design. This is one of his private commissions created for Captain Washington Hibbert and his wife Julia at Bilton Grange, Warwickshire. Pugin was an architect by trade and he had been given the commission to design Bilton Grange in 1841, so he was already familiar with the Hibberts when he designed this paper. All of the papers he designed for private commissions were very personalized. For this design, Pugin included the couple’s monograms, along with crescents and ermine tails which are found on the Hibbert family crest. It’s really a punchy design with its bright colors and strong graphics. Incidentally, Bilton Grange is still standing today and houses a prep school. It would be interesting to know if this paper is still intact.

← Cooper Hewitt Short Stories: The Hewitts & The Carnegies
A Performance Poster for Glass →