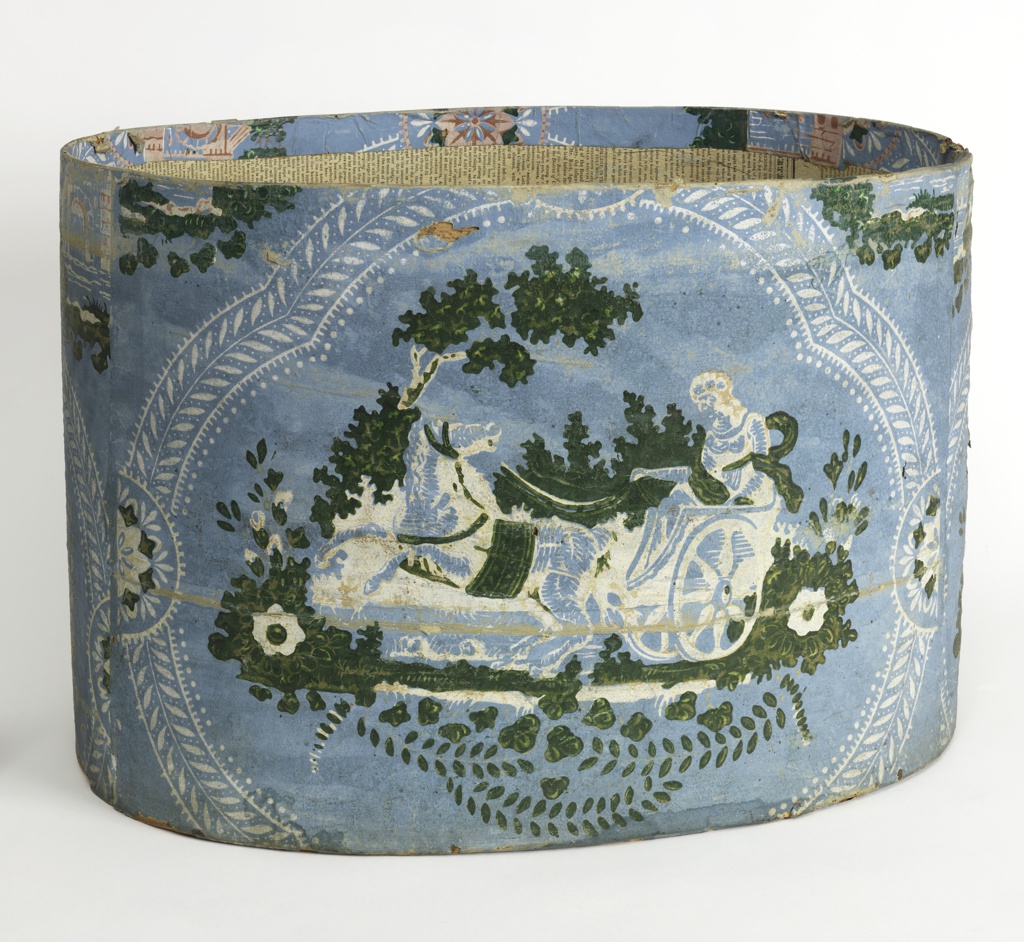 Posted by Gregory Herringshaw on March 12, 2018

Blogging today about an early women designer and craftsperson, Hannah Davis. Hannah is known for creating some of the most finely constructed bandboxes in the business. She entered the field in 1818 at the age of 34. At a young age she probably learned basic woodworking skills by watching her father, a maker of wooden clocks. Hannah was a perfectionist, controlling every aspect of her box construction. From hand selecting choice trees, to the invention of a special machine to cut her lumber into thin vertical slices, to the construction of the boxes themselves, Hannah’s boxes were built to last. (1) Built entirely of wood, each of them was lined with newspaper to help protect the contents of the box, and each had a label pasted inside the lid stating “Warranted Nailed Band-Boxes, Made by Hannah Davis, Jaffrey, N.H.” The standard bandbox was composed of pasteboard, a thick, dense handmade paper that was stitched together. These boxes were used to store and transport hats and personal items. If you consider early transportation methods, namely horse-drawn carriages over unpaved surfaces, it puts the significance of Hannah’s quality product in perspective.

This box is wrapped in a wallpaper with a repeating scene of a woman driving a chariot, pulled by a single horse. While the box has remained relatively intact the paper has faded. Initially printed in green, white, pink, and deep red on a blue ground, which can be seen on the inside of the rim, only the printed green and white remain visible on the box exterior. Early green pigments were quite fugitive and prone to fading so a varnished green was used to print this box which was much more stable. You can also catch a glimpse of the newsprint lining which has a date of 1827.

Gregory Herringshaw is the Assistant Curator and Head of Wallcoverings at Cooper Hewitt, Smithsonian Design Museum.