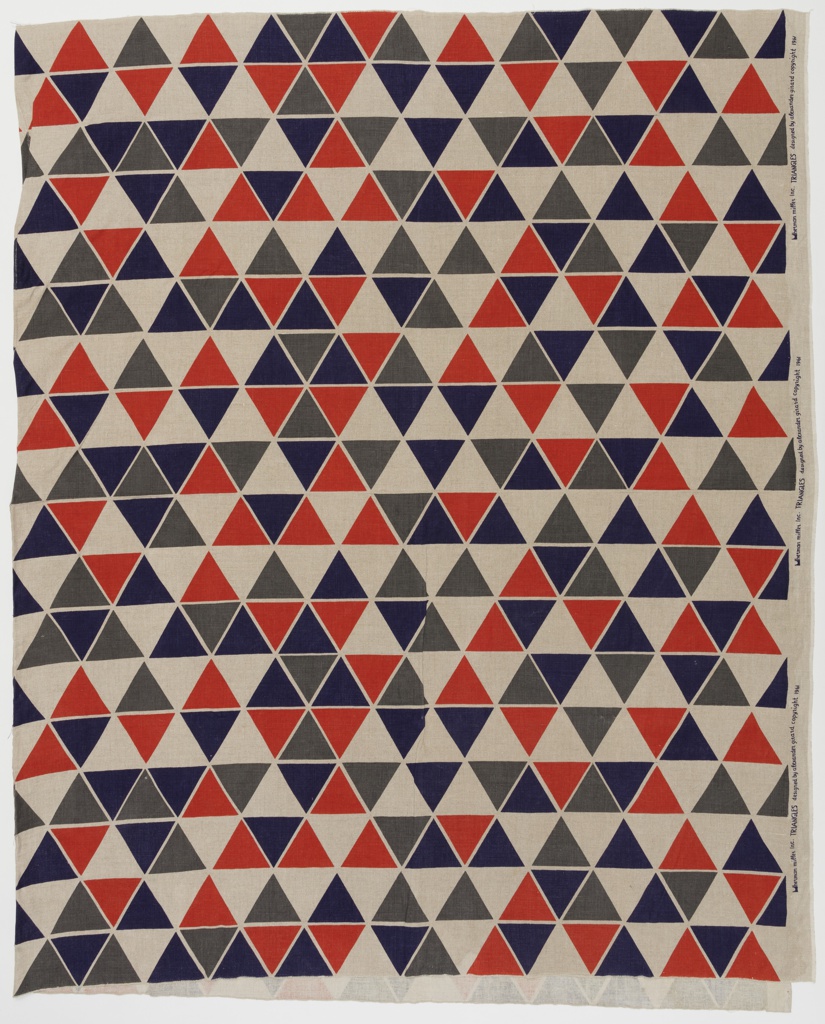 Alexander Girard (American, 1907–1993) was one of the leading American textile designers of the mid-century period, and was a strong proponent of bringing an affordable modernism to the middle class. Girard was the head of the Textile Division of Herman Miller Inc. from 1952 to 1973, where he worked alongside Charles and Ray Eames and George Nelson. During this time, he created over three hundred designs for textiles coordinated for use as upholstery fabrics and draperies for private and commercial interiors, exhibitions and corporate identity programs. His exuberant use of color, texture and pattern drew from folk art and Op art influences, synthesized into a unique style. Ultimately settling in Santa Fe, New Mexico he continued to practice as a designer in the all-inclusive sense of the word, by creating residences, commercial interiors, exhibitions, furniture and textiles throughout the duration of his career.

Triangles were a favorite motifs of Girard’s, which he used for numerous patterns: in Small Triangles, outlined shapes create an overall diamond lattice, One-Way has overlapping triangles of different sizes all facing the same direction. In the design called simply Triangles, tangent equilateral triangles are colored in such a way as to create three- or four-color syncopations, with each color appearing seemingly at random across the surface.

← The Invisible City
Not Your Grandmother’s Teapot →