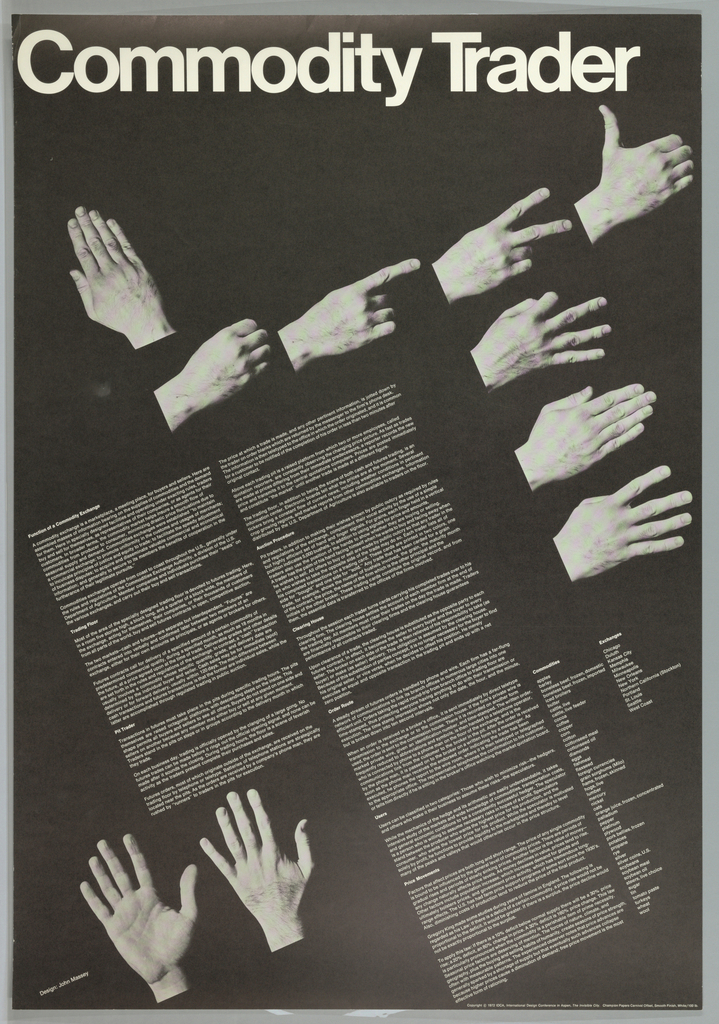 In 1972, The International Design Conference in Aspen (IDCA) appointed the architect Richard Saul Wurman as the program chairman for its annual symposium. As chairman, Wurman was responsible for choosing the conference’s theme and proposing the various programs, exhibitions, and discussion sessions. Wurman decided to depart from the IDCA’s standard exploration of practical design issues and move towards larger social and philosophical urban questions.[1] Naming the conference “The Invisible City,” Wurman wrote about the importance of education and design in the theme’s statement: “The most extensive facility imaginable for learning is our urban environment and the people in it. This is school without walls offering a boundless curriculum with unlimited expertise. This is the open university for people of all ages. If we can make our urban environment observable and understandable we will have created classrooms with endless windows on the world.”[2] Wurman enlisted a diverse group of speakers to participate, including the seminal architect Louis Kahn, the then-chairman of the Federal Communications Commission Nicholas Johnson, and the academic theoretician Everett Reimer. The IDCA also commissioned designers like Milton Glaser and Herb Lubalin to produce books, guides, posters, films, and other graphic ephemera that confronted the divergent subjects emerging from “The Invisible City.”

One of the thirteen poster designs for the conference was created by John Massey, the treasurer of the International Design Conference in Aspen and the Director of Communications and Design for the Container Corporation of America. Until his departure from CCA in 1983, John Massey was responsible for some of the company’s prolific advertisements, like its “Great Ideas of Western Man” campaign in the 1960s. Massey’s poster for “The Invisible City” is called Commodity Trader and explains the function of a commodity exchange through a unique composition of text and images. At an angle in the center of the poster, Massey provides detailed descriptions of the exchange’s components: the trading floor, the pit trader, the auction procedure, the clearing house, the order route, users, and price movements. Massey also lists various commodities and the locations of American exchanges. Although the words are printed in white against a solid black background, the size of the typography and the prolix explanation hinder the poster’s legibility. Furthermore, Massey surrounds the text with large images of varied gesturing hands that immediately draw the viewer’s attention. The hand signals are far from random—they are part of the specific visual language found in an open outcry trading environment and are used to communicate buy and sell information on the trading floors. Massey’s juxtaposition of image and type emphasizes the connections between visible and invisible vocabularies. Massey asks viewers to consider his or her own comprehension of unfamiliar institutions and the poster’s ability to effectively communicate enigmatic processes.

Lily Gildor is a candidate in the MA History of Design and Curatorial Studies program offered at Parsons The New School of Design jointly with Cooper Hewitt, Smithsonian Design Museum. She is a Master’s fellow in the Drawings, Prints, and Graphic Design department.

← Anyone for a Hike through the Forest?
Triangles →