Where Did You Get Those Peepers 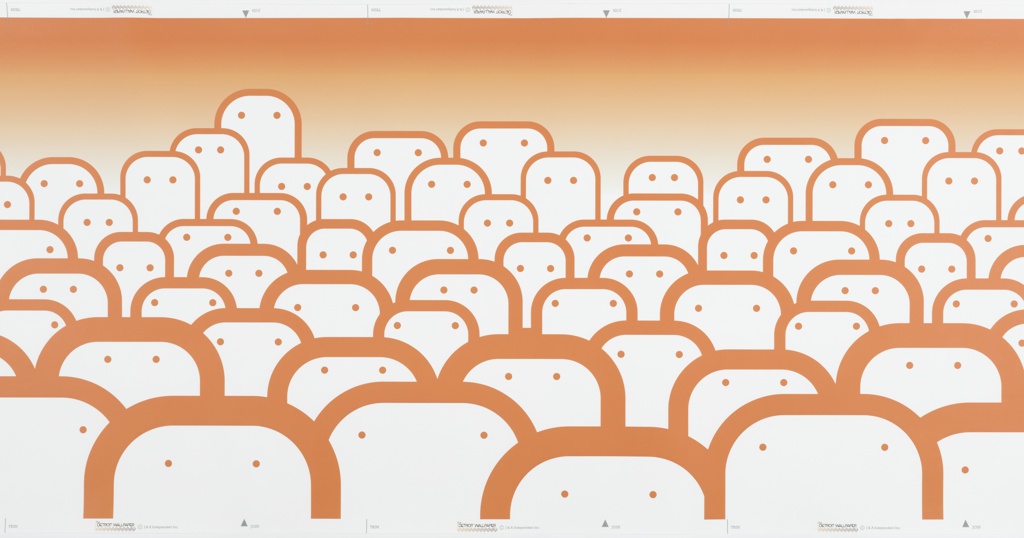 Posted by Gregory Herringshaw on August 29, 2017

Peepers is a wallpaper border designed with children in mind. It is less infantile in design than other children’s papers so will not be so quickly outgrown and can be and can be paired with another wallpaper or used alone on a painted wall to create an inexpensive decoration. The amorphous figures get smaller as they recede into the distance creating a nice perspective that would visually enlarge a smaller room.

This paper was selected from a collection of four children’s borders, each of which was designed with a child’s interests in mind without being too juvenile. Many children’s papers today have become more multi-use so it is refreshing to see an original design for children that does not contain imagery from Disney, Sponge Bob or one of today’s many super heroes. This frieze comes in four standard colors, but as the company prides itself on customized colors the options are unlimited.

Peepers is reminiscent of the wide borders that were prevalent in the early years of the 20th century, which truly defined a room as belonging to a child. Due to the cost and ephemeral nature of these papers this style of decorating came to an end with the Great Depression, at which time rooms were designed to grow with the child. Plaid and stripe papers were commonly used, and the items that would identify the room as belonging to a child were relegated to pictures and collectibles that were easily replaced as the child’s interests changed. While reflecting on the decorative wide borders of an earlier period Peepers meets the demand today for fun, stylish and economical decoration.