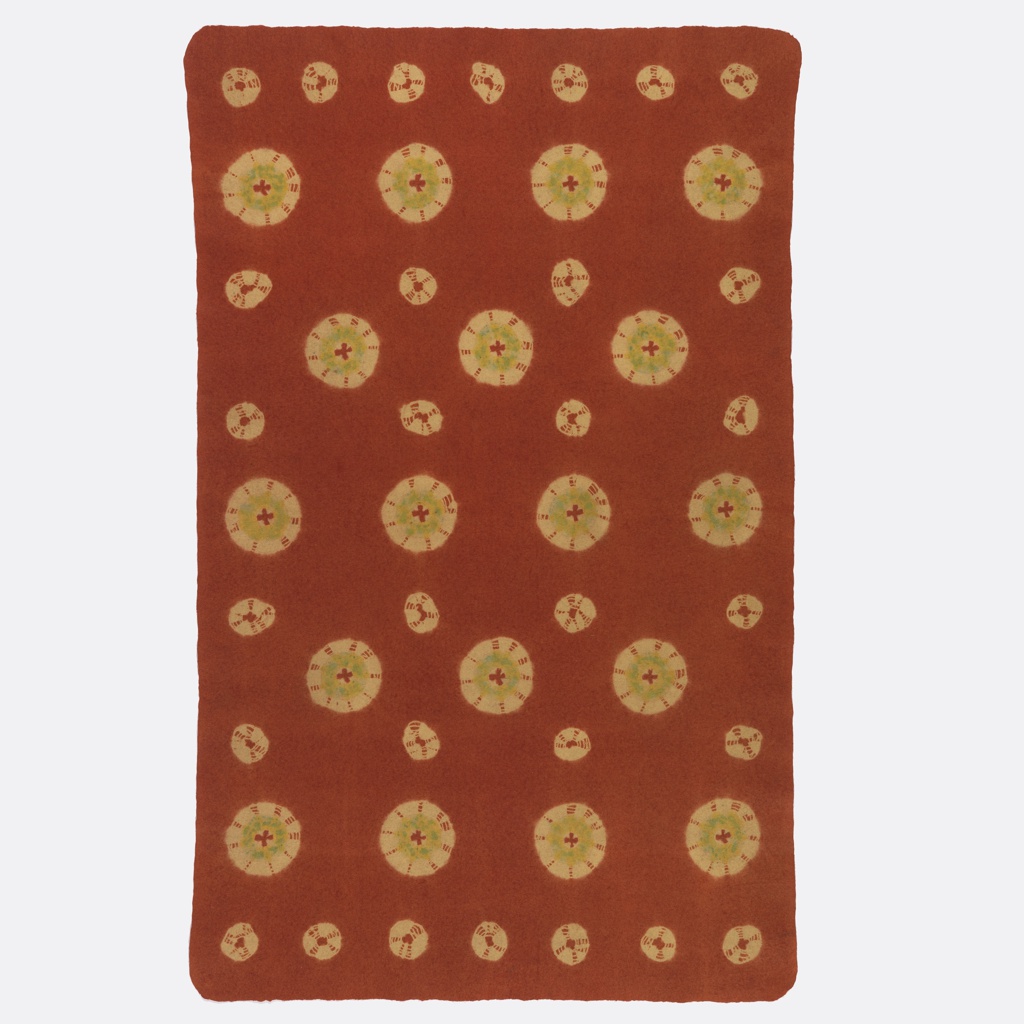 This mosen, a type of rug used in Japanese tea ceremonies, dates from the late 19th century and was made in China for the Japanese market. China was Japan’s main source for wool felt mosen and although they are not rare, usually they show extreme wear. Most of them use the tie-dye technique known as shibori; because the felt was often quite thick, this technique was particularly challenging. This particular rug is made of wool which is felted and tie-dyed in green, yellow, and deep orange-red.

Felt is a fabric formed by applying friction and pressure to hot, wet fibers, usually wool; the fibers become interlocked and the process cannot be reversed. Felt is one of the earliest forms of textiles and is known in many parts of the world, though it has been particularly important in the Middle East and Central Asia. While it is not really flexible enough for general use as clothing, felt’s ability to stretch and mold and its excellent insulating qualities have made it particularly suitable for rugs, blankets, hats, waterproof cloaks, and tent-like structures in areas of extreme cold.

← A Gem For Everafter
Where Did You Get Those Peepers →