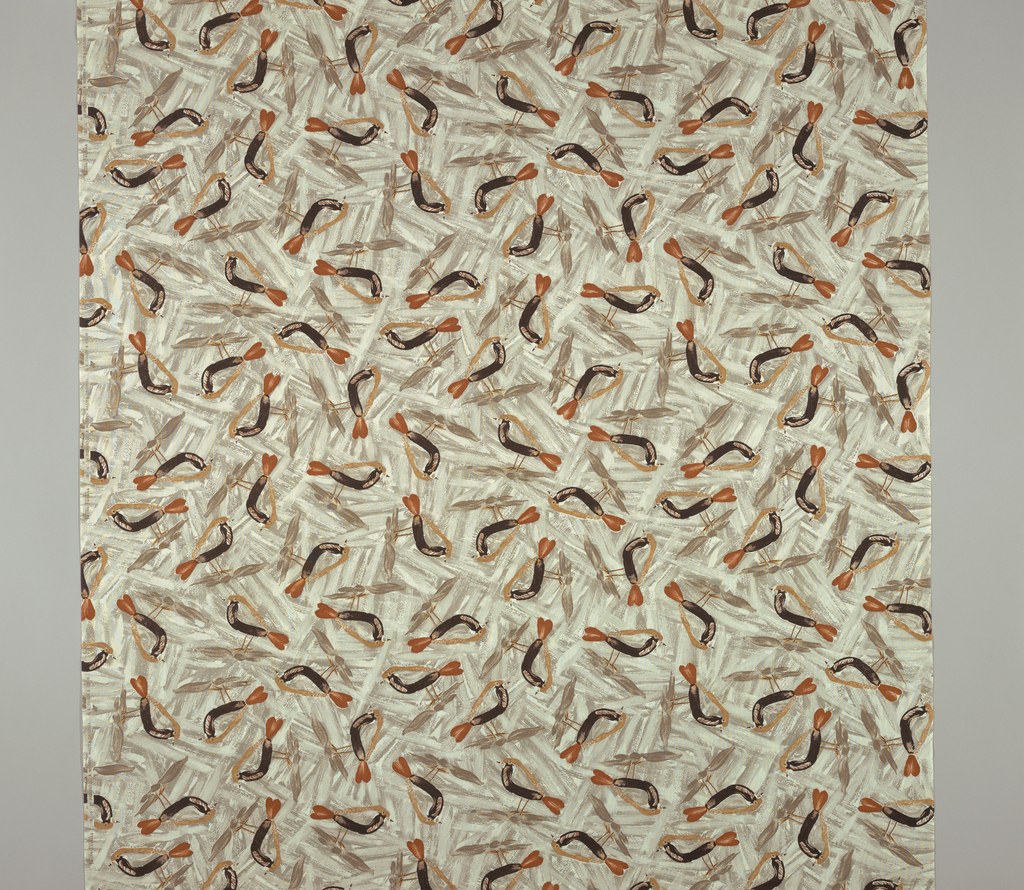 In 1953, Dan Fuller, president of Fuller Fabrics, invited five of the 20th century’s most distinguished artists: Pablo Picasso, Fernand Léger, Marc Chagall, Joan Miró, and Raoul Dufy, to collaborate on a line of textiles to be called the Modern Master Series. The concept was unique in that the artists were not commissioned to produce original patterns specifically for the textiles. Instead, Fuller worked with each artist to select motifs from their existing body of work, which were then translated by the company’s in house designers into repeating patterns.[1] Fidelity of reproduction was essential, and Fuller’s designers worked diligently to render the motifs accurately for engraving. The patterns were roller printed rather than screen printed, because the fabric was intended to be mass produced and sold at low price points—less than $2 a yard—for use by both garment manufacturers and home sewers. Each artist approved the final patterns derived from his work and was involved in the selection of the colors.

The source motif for this complex pattern is a simple bird from a ceramic plate by Picasso. The repeated images are cleverly arranged such that the pattern appears almost random, demonstrating how a modest motif can be used to create an intriguing and intricate design. In 1947, Picasso spent the summer in the Vallauris region of Southeast France, which had been a center of ceramic production for more than 2000 years. Fascinated by the town’s ceramic history, as well as the inspirational work of Vallauris’ contemporary potters, Picasso devoted himself to learning to throw clay vessels. He became a passionate and prolific potter, making thousands of jugs, vases, dishes and platters with a wide range of decorative schemes. Living things from the earth, sky, and sea, like the bird on this plate, were a recurring theme. Picasso’s ceramics were intended to be models for mass production, but this plan was abandoned because Picasso’s originals were more highly valued as unique, luxury collectors’ items.

The charming bird from one of his plates finally found its mass audience as source motif for this print in the Fuller Fabrics’ Modern Master Series.

← Visions of Egypt for the Armchair Traveler
Gatsby’s Return →