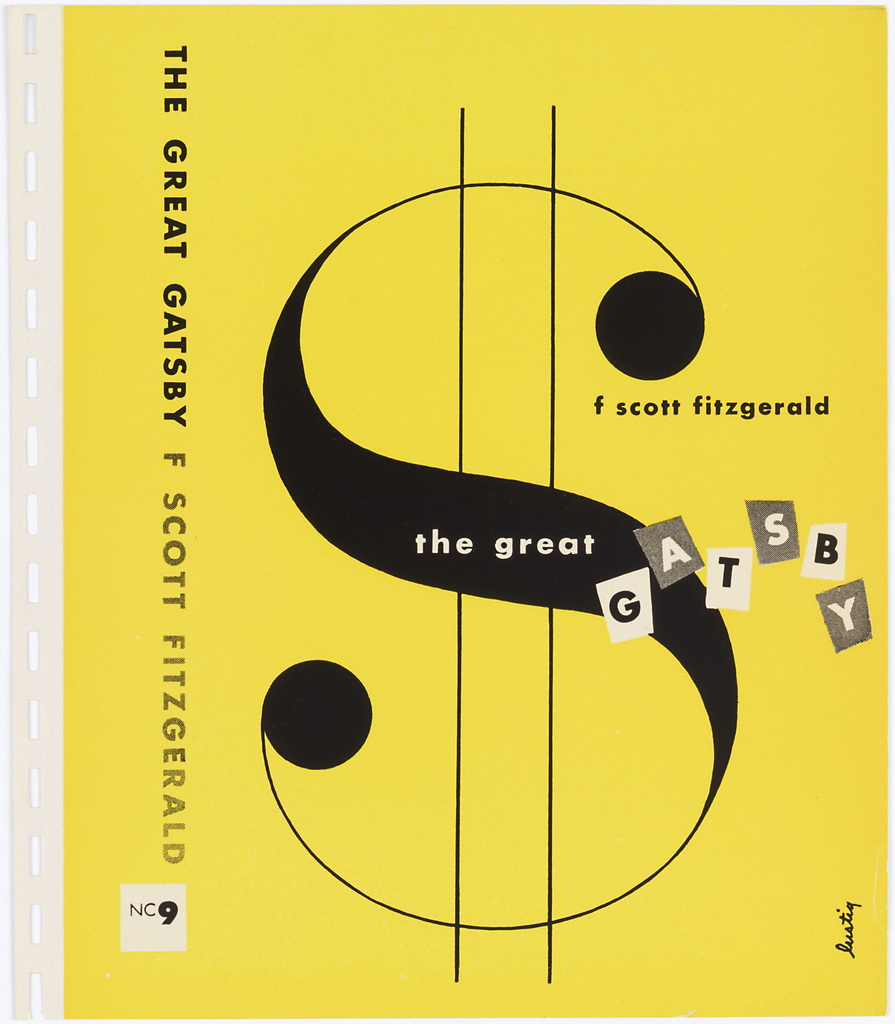 This 1947 book cover for The Great Gatsby was designed by Alvin Lustig (American 1915–1955) as part of the New Classics project. Initiated in 1939 by New Directions Publishing, the New Classics project created a series of cutting edge reprints of classic novels.  When F. Scott Fitzgerald’s novel was first published in 1925, it garnered mixed critical reactions, selling a mere 24,000 copies and eventually going out of print for several years.

Lustig was tasked with producing covers that were both striking and inexpensive. His solution was to distill thematic and stylistic aspects of the books into distinctive graphic identities utilizing direct symbols that were easily comprehensible.  For The Great Gatsby, Lustig uses a large black serif dollar sign set against a bright yellow background.  The title and author’s name are printed twice in an offset typeface. The color combination alone makes the cover eye-catching, and in using the enlarged dollar sign Lustig points to the economic backdrop of the story, which was written during the boom years of the 1920s. Ultimately, through the New Classics series and Lustig’s fresh graphics, the re-release of Gatsby proved successful, and the novel was finally given recognition as a true classic of American fiction.