Visions of Egypt for the Armchair Traveler 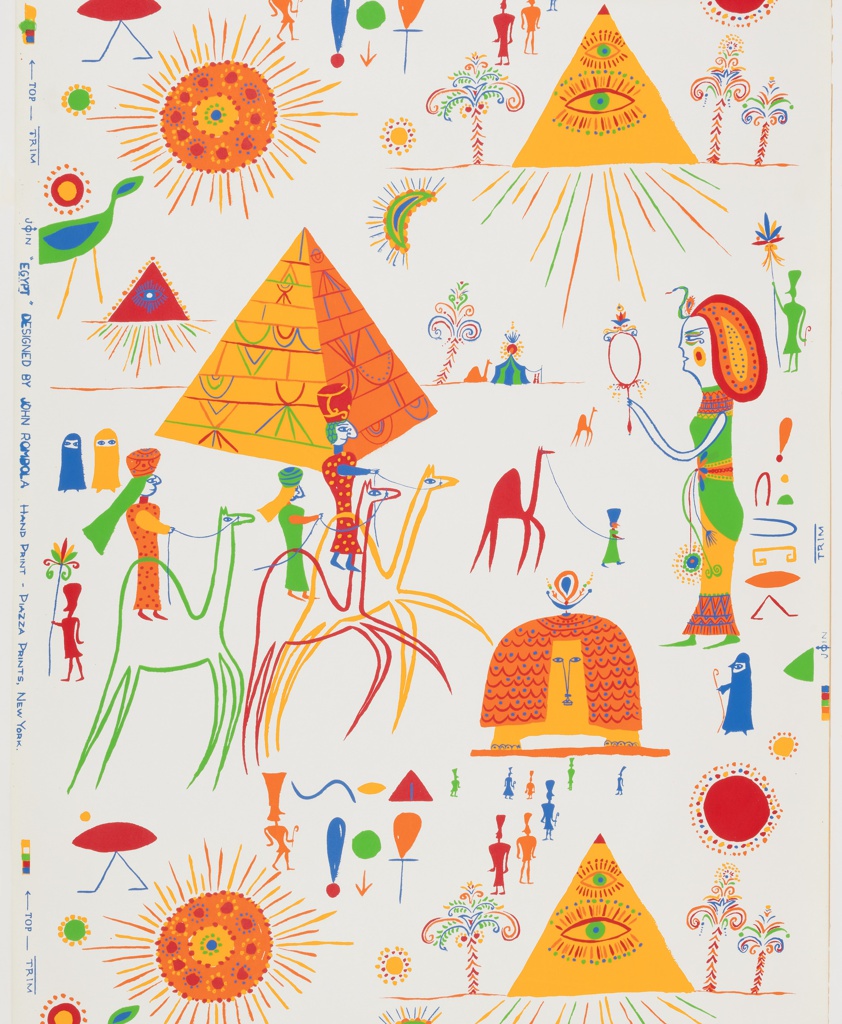 This is a classic and rather timeless pattern created by John Rombola whose unique drawing style stands apart from other mid-century designers. Rombola gives character to his whimsical designs, a mix of naïve and fantastical, through his use of brilliant color and pattern.

Egypt contains numerous icons of ancient Egypt including a very fashionable Cleopatra, checking herself out in a hand mirror, the Sphinx and numerous pyramids, and camels galore. There are also a nice selection of palm trees, each made festive with some brilliant line work. This use of patterning can also be seen in the hair of the Sphinx, the body of the sun, and the ornament on the pyramids. Egypt may have been inspired as much by the 1963 film “Cleopatra” starring Elizabeth Taylor and Richard Burton as by the new travel boom, being composed of several ink drawings Rombola conjured upon the release of the film. One of Rombola’s later designs, Egypt employs more saturated colors and simplified renderings on a stark white ground, reflecting design trends of the late 1960s.

Rombola was a contemporary of Saul Steinberg, and while each of them illustrated in a very linear format, their styles were quite different. Both artists’ designs were clever and witty but Rombola distinguished himself through his use of bold colors and patterned surfaces. Rombola began designing wallpapers in 1956 and continued creating new patterns until 1968. The museum collection contains twelve different wallpaper designs by Rombola, as well as a group of subway carcards created for radio station WPAT and New York Transit Advertising to promote local landmarks and destinations.