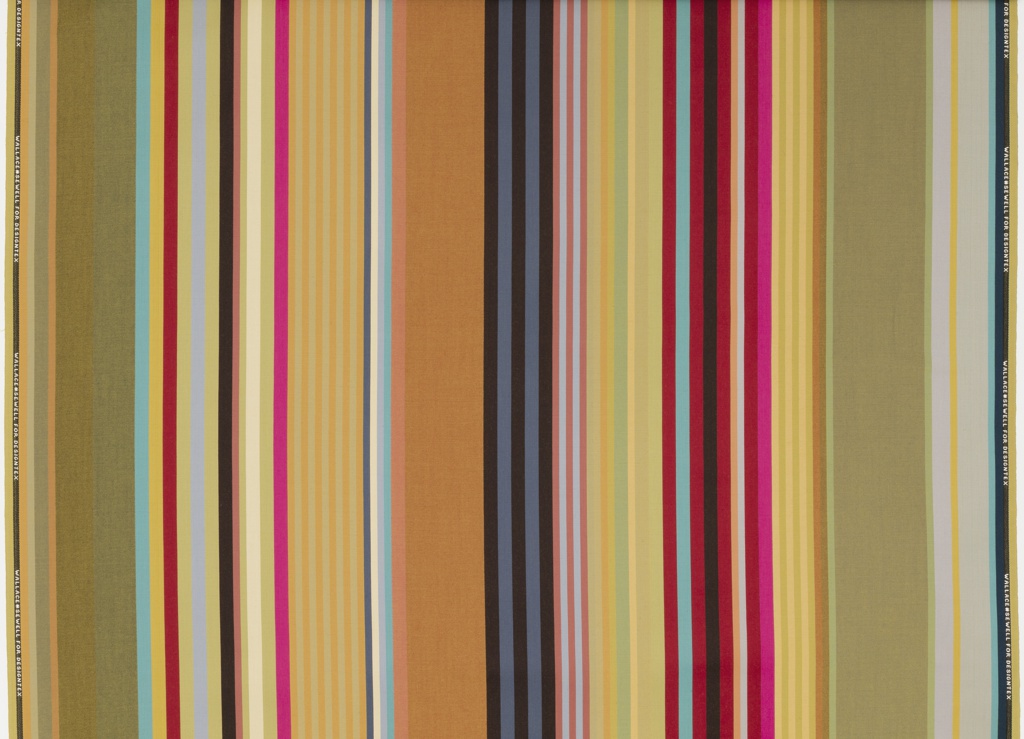 A series of wool fabrics in saturated, oversized plaid is Designtex’s most recent collaboration with Harriet Wallace-Jones and Emma Sewell of the British textile studio Wallace Sewell (already represented in Cooper Hewitt’s collection with a blanket). The large-repeat stripes and grids are inspired in part by Bauhaus textile artist Anni Albers and in part by Wallace Sewell’s London neighborhood. In keeping with the duo’s focus on industrial production within Britain, the fabrics are being woven at the Hield Brothers mill in West Yorkshire, England.

Clerkenwell features a continuous planted warp stripe running vertically on the roll. The design derives its complexity from the irregular but intricately planned rhythm of chromatic harmonies and contrasts. Each colorway (5 total) showcases more than a dozen hues. This textile, along with Myddleton, represents Wallace Sewell’s exuberant interpretation of bold asymmetric checks and stripes and large-format patterning, which they have been exploring since their student days at the Royal College of Art.

← Heralds of spring
And the Crown goes to Crane →