The Age of Gold 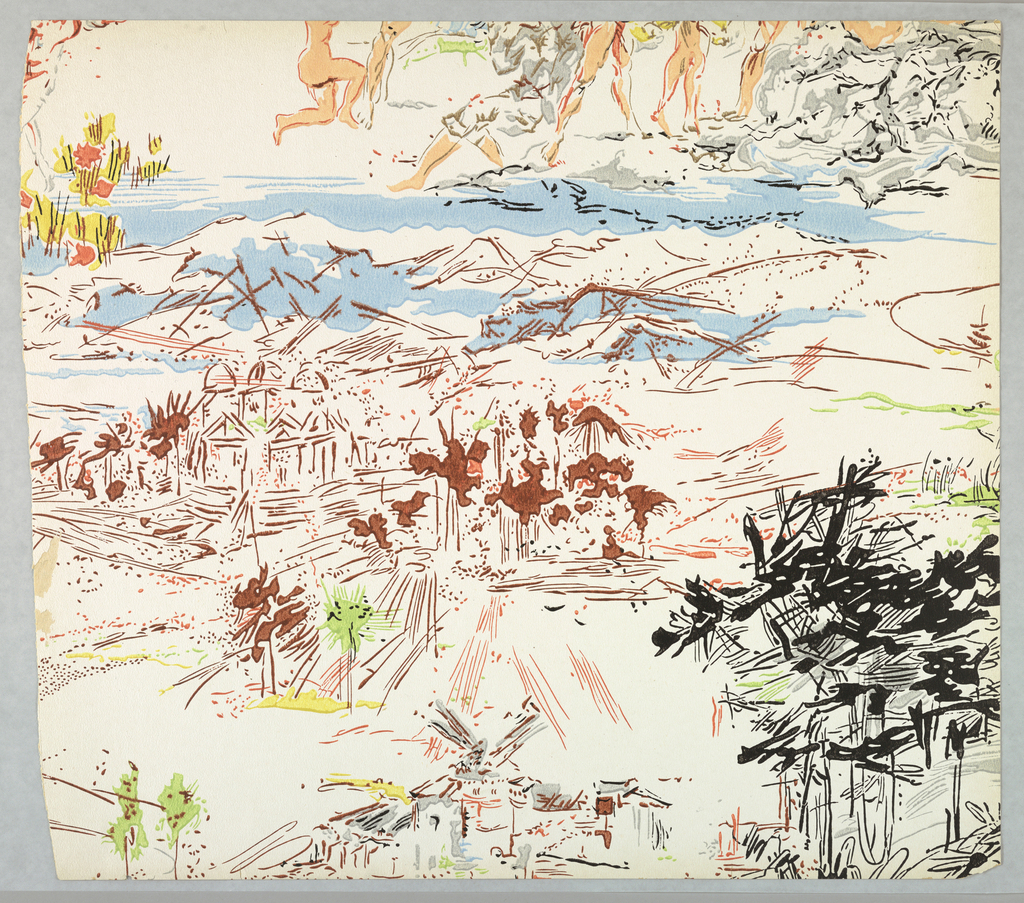 Rasch and Company is a West German wallpaper manufacturer known for producing papers designed by celebrated fine artists and designers. In 1929 they created a line of papers designed by the Bauhaus called simply “Bauhaus wallpapers.” Incredibly successful, the line never fully went out of print. In 1950, Rasch developed its Kunstler Tapeten “artists’ wallpaper” line which featured contributions by internationals artists and designers such as Salvador Dali, Cuno Fischer, Jean de Botton, Elsbeth Kupferoth, and Lucienne Day. Created in an age when fine artists were being commissioned in large numbers to design wallpapers, Rasch hoped that the international status of its design contributors would make the line a best-seller. However, while some designs sold well, others did not. Dalí’s pattern “Don Quixote” was among that latter group despite the artist’s great fame.

Dalí’s design is as idiosyncratic as one would expect from the artist. It actually originates from one of the illustrations he had created for a Random House publication of Don Quixote in 1946. The illustration in question was called “L’âge d’or” or “The Golden Age” and depicts a scene where Don Quixote comes upon a group of goat herders resting in a pasture and eating kid stew and acorns. Dali captures Quixote at the moment when holds up an acorn and addresses the goat herders with a speech quoted from in the caption: “O happy age which our first parents called the age of gold!”

The right side of the illustration, which is the section taken to form the Kunstler Tapeten pattern, depicts this golden age, with idyllic medieval towns and classical nudes. The illustration is a beautiful embodiment of Don Quixote’s constant yearning for a nonexistent romantic past. The design faithfully preserves the illustration’s blend of expressive linework and watercolor washes, leading to a wallpaper that successfully accomplishes Rasch’s goal of bringing fine art into the realm of design.

← Tea of Two Styles: Christopher Dresser’s Kettle and Stand
A Hunt and a Chase →

One thought on “The Age of Gold”

Even a poor translation would not have an apostrophe in the word parents.
The plural of parent is parents, not parent’s.