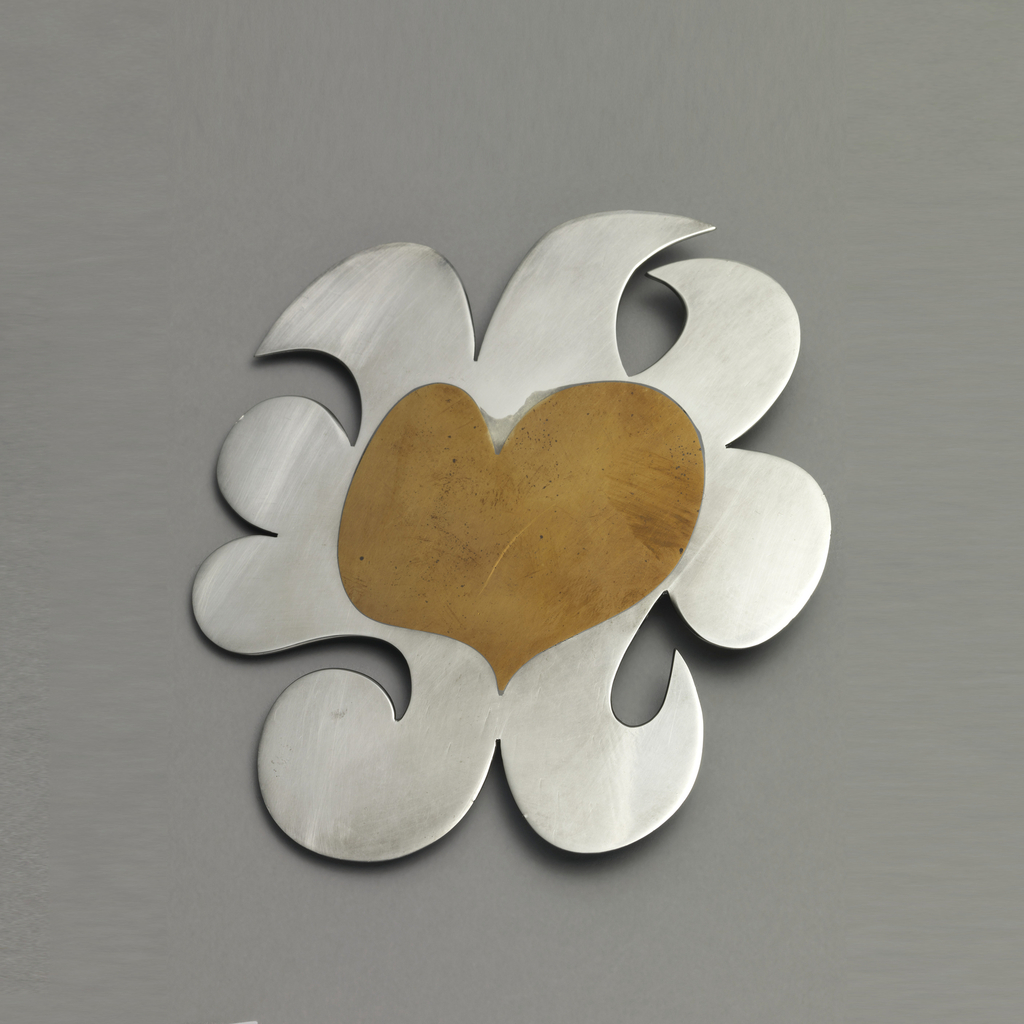 This brooch, designed by artist Carol Summers, is a three-dimensional representation of the big, bold wood-cut prints for which he was famous. Summers, who passed away on October 27th, 2016, trained at Bard College and the Art Students League in New York City, where he studied painting and printmaking. This brooch is unique in that it embodies Summers’ exploration of a new medium — metal — a format formally unfamiliar to him.

In the mid-50s Summers became interested in over-sized wood-cuts, developing a technique of printmaking that would later become synonymous with his practice. The heart shape and flowing, organic forms seen here are prevalent in the artist’s work, both in works on paper and in his jewelry.

This brooch from the 1960s is one of a series that features the warm colored copper heart imposed upon a silver free-form shape. This design served as a prototype and as an inspiration for later brooches. In addition to being representational of his prints, the piece also reflects the bold and energetic shapes of Pop Art being produced during this time period.

Susan Teichman is a decorative arts historian specializing in jewelry and architectural history.