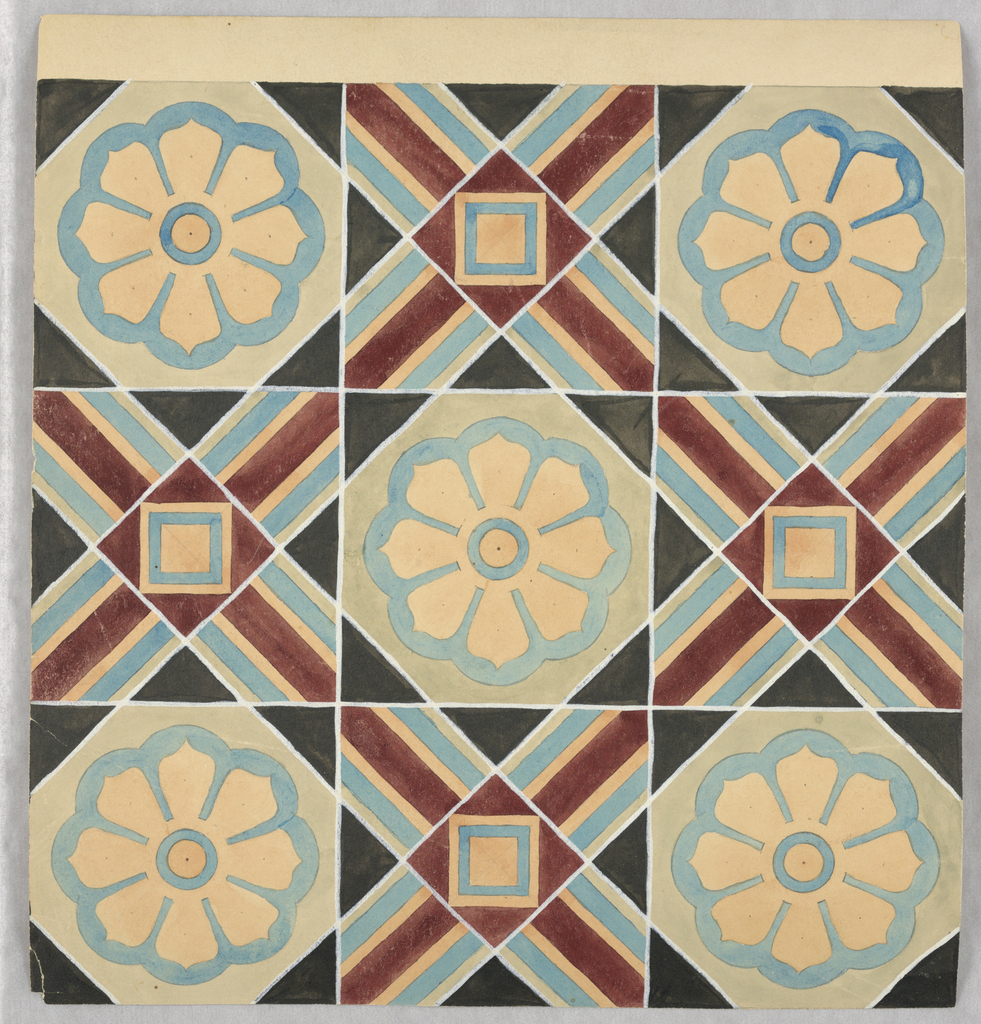 Frederick Krieg’s colorful design for a two-part part tile pattern is depicted in a three by three grid.  The result is an alternating composition that maintains unity through repeated colors (light blue, bisque, and charcoal) and angles (hexagonal and inverted).  Krieg’s precision is all the more impressive given the medium: watercolor paint.

A self-taught designer born in Germany and raised in the United States, Frederick Krieg (1852-1932) is known for his ornamental illustrations and designs.  Cooper Hewitt has some seventy designs by Krieg.  While floor tiles may come to mind when looking through Krieg’s tile drawings, late nineteenth-century furnishing is characterized by density and eclecticism.  Tiles like this one may not have been restricted to floors, but also used for walls and ceilings of domestic and civic structures.  Not infrequently, these patterned planes would intersect with upholstery and dense woodwork, evincing a highly decorated space.

With its rich colors and possibly Moorish derivation, this tile design is an example of the numerous overseas influences on American design at the turn of the twentieth century and suggests a broader emphasis on decoration.

← If I were a carpenter…,or a builder or woodworker
Glasgow Geometry →