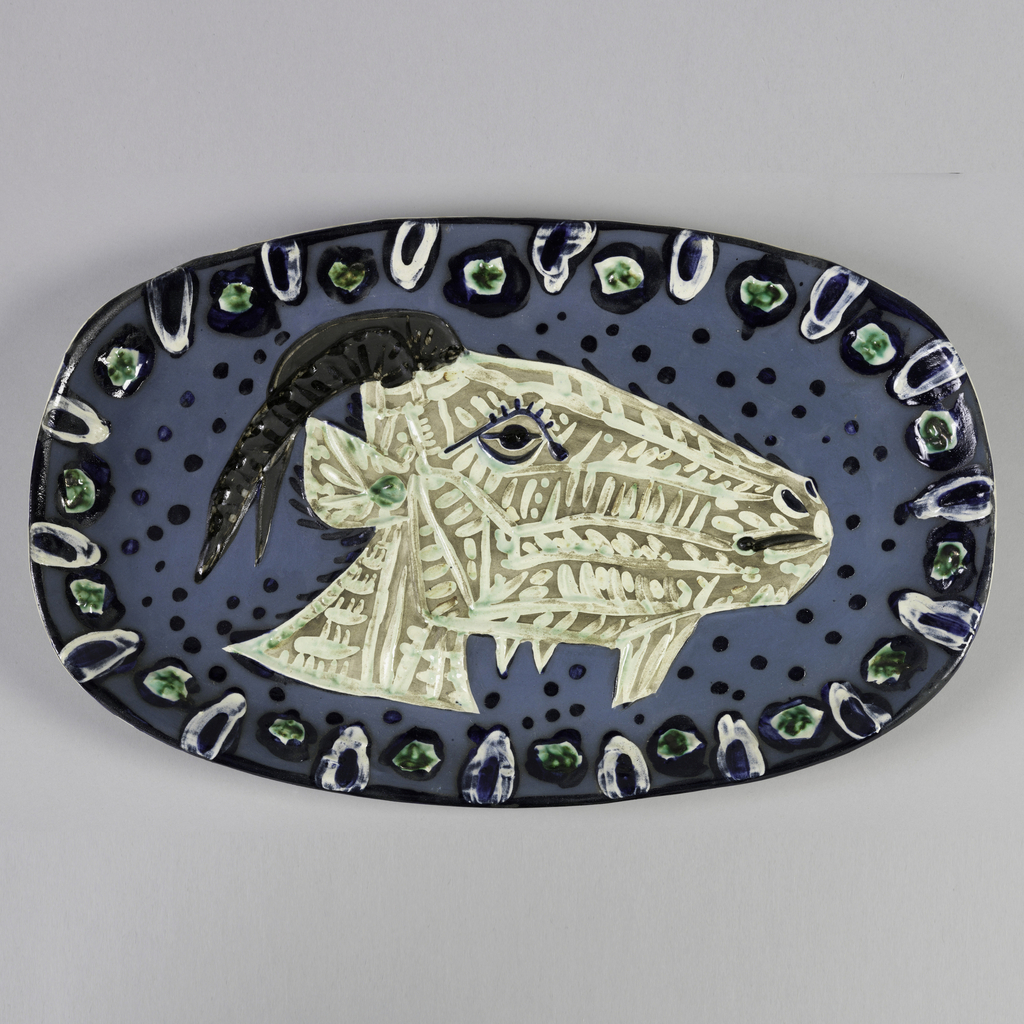 In 1946, Pablo Picasso attended the annual pottery exhibition in Vallauris in the South of France.  He was so impressed by the works he had seen that the artist met with the owners of Madoura, Suzanne and Georges Ramié, who offered him full access to their workshop in exchange for the rights to produce his creations.   The collaboration between Picasso and Madoura lasted twenty-five years.  Between the years 1947 and 1971, Pablo Picasso designed hundreds of different ceramic editions, many of which were one-offs; however, his intention was to create affordable ceramics, available for purchase directly from Madoura.

“What Picasso achieved at Madoura revolutionized both a traditional medium and traditional subject matter in his own modern style”.[1]  He began by creating everyday objects such as plates and bowls and later moved onto more complex shapes with his iconic pitchers and vases, often in the forms of faces or animals.  This plate was designed by Picasso in 1952 and is made of glazed earthenware.  The details can be likened to his paintings of the same era.  Known to incorporate Greek mythological figures, this goat plate is bordered by a playful decorative motif.  As an animal associated with independence and boldness, the goat is often portrayed in the wild and may represent a curious and playful side of the artist.

In addition to this design, Picasso was interested in the visage, often depicting an owl or fish as he experimented with different styles and ceramic techniques.  He tended to depict animals that he was in close proximity to, allowing him to study their features in fine detail.  Picasso loved his domestic animals so much that there were stories of him using them to play jokes on friends.  According to his partner Francoise Gilot in her autobiography, Life with Picasso, he once stated that he loved his pet goat more than he loved her.

This plate can currently be seen in Ellen DeGeneres Selects, on view in the Nancy and Edwin Marks Collection Gallery through May 21, 2017.