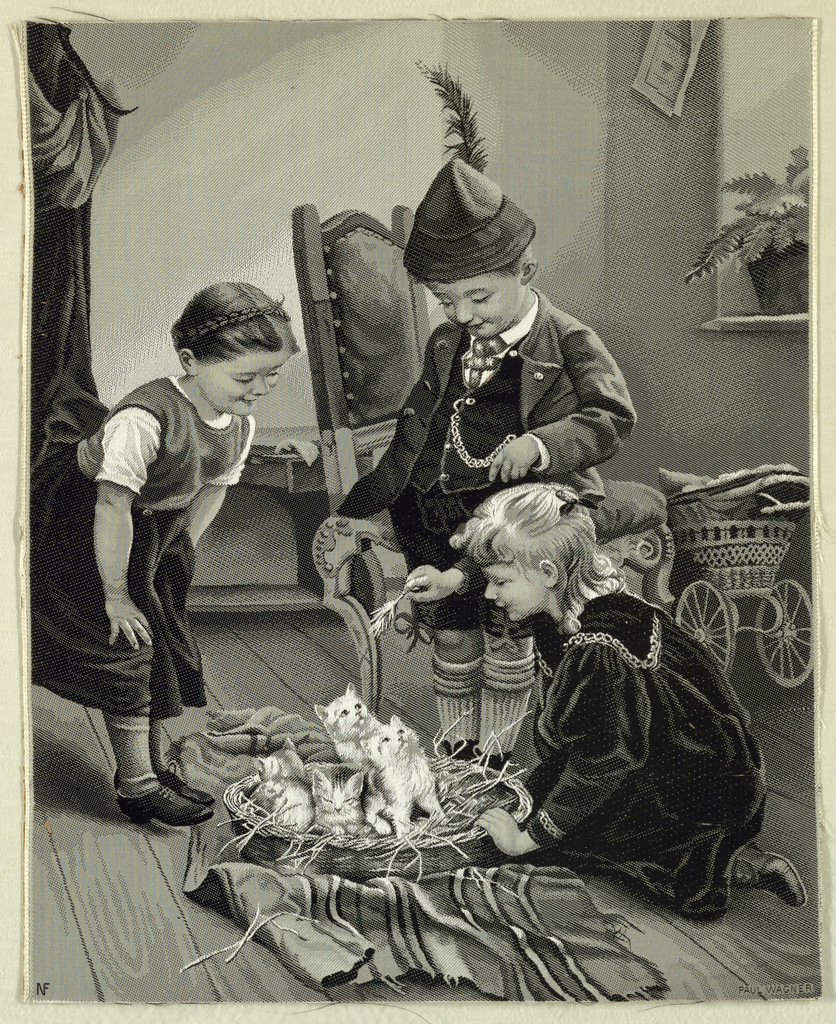 Posted by Kimberly Randall on December 22, 2016

Neyret Freres, a French company that operates today, once specialized in the manufacture of woven silk pictures, official state ribbons and trademarked woven items for clothing manufacturers. The company, founded by M. Antoine Bizaillon, started as a small ribbon factory in 1825 in St. Etienne, France. He later sold the company to his nephew, Jean-Baptiste Neyret (French, 1825-1889), who decided that a small ribbon business was too vulnerable to the whims of women’s fashion and eventually wouldn’t be able to differentiate itself from other similar businesses in the region.

Woven pictures like Bons Amis are frequently referred to as stevengraphs after Thomas Stevens (English, 1828–1888), an innovative weaver from Coventry, England. Stevens developed his woven novelty silk pictures and commemorative bookmarks after England eliminated a tariff that had protected English ribbons from foreign competition. Like Stevens, Neyret a saw stable business model in the manufacture of woven silk pictures, but took a different approach by copying original pieces of artwork. Sentimental and nostalgic scenes formed a majority their silk pictures as is evident in this example based on the painting Bon Amis by Paul Hermann Wagner (German, 1852-1937). Neyret Freres, still a family-owned business in France, manufactures ribbons and braided trims.

I love this, and I never heard of Stevengraphs. Were they in color also?

What are the dimensions of this silk picture?