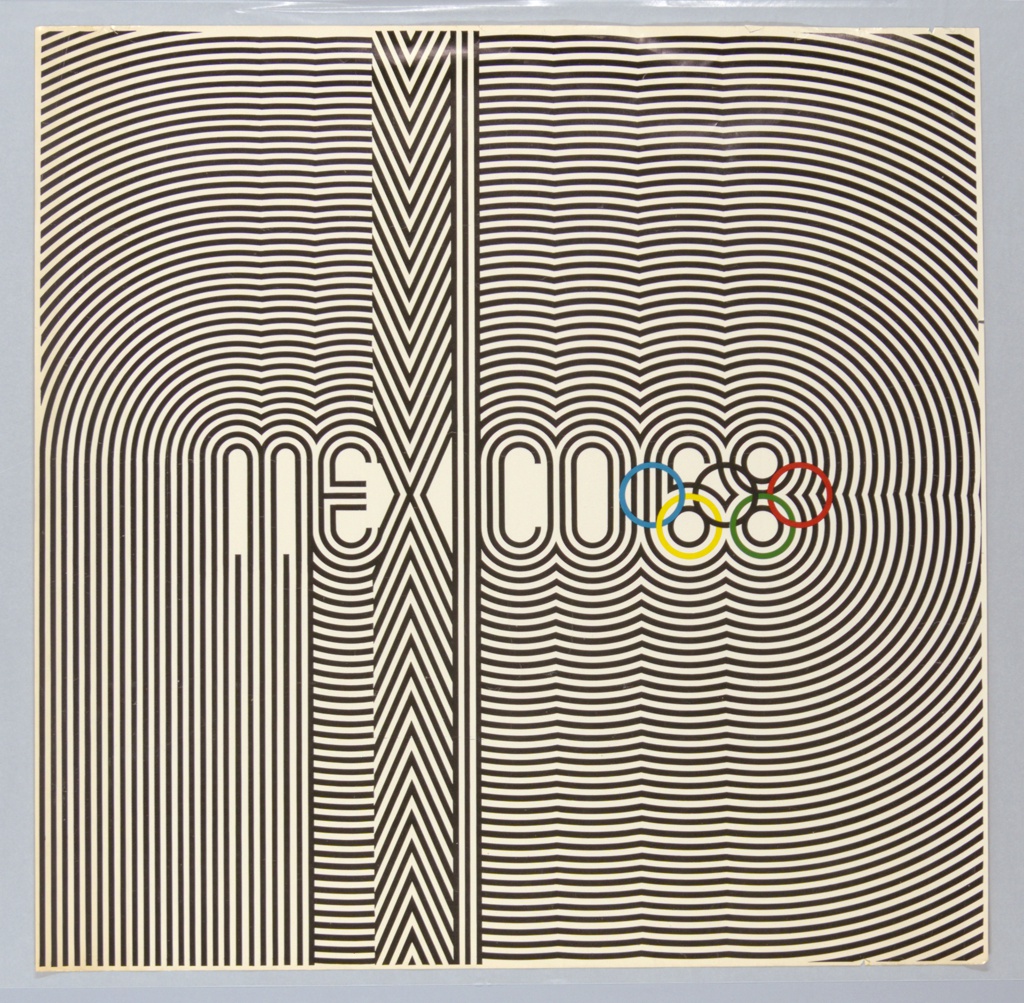 While the world’s best athletes are the obvious stars of the modern Olympic Games, countries hosting the games also have a unique opportunity to demonstrate their strengths on an international stage. The bold graphic identity of the 1968 Mexico City Olympics in this poster designed by Lance Wyman and Eduardo Terrazas intended to broadcast a vision of a modern and thriving Mexico to a global audience. Here, Mexico is at the center of dynamic radiating lines that suggest energy, movement, and communication in a popular graphic style of the time. The frenetic motion of the logo’s lines were appropriate for a graphic campaign that wrapped the city in this new Olympic imagery – covering everything from street lights to uniforms, city maps, stadiums, and sidewalks in order to ignite excitement about the games.

Op Art was a common visual language of the 1960s, and the vibrating bands of black and white that distinguish the  logo were also typical elements in the work of contemporary designers Bridget Riley and Victor Vasarely.[1] Though the style may seem simply to match 1960s trends, the parallel and concentric lines also refer to patterns in traditional art of Mexico’s Huichol Indians. Embracing the similarities between the two styles, logo designers collaborated with Huichol artists to develop the graphic identity of the Mexico 1968 Olympic Games. The resulting design was therefore both traditionally Mexican and internationally contemporary.[2] While this dual identity celebrated the progress of Mexico to the rest of the world, the tension between old and new was still a significant problem within the country. Student protestors advocating for progressive government reforms subverted the Olympic imagery that decorated Mexico City to associate the government and the games with violence and oppression.[3] In this way, the graphic language of the Olympics was not just used by designers to describe a vision of contemporary Mexico – it also offered young Mexicans a graphic vocabulary that they could use to describe their country as they saw it.

← The Wright Textile
Flight of the RoboBee →