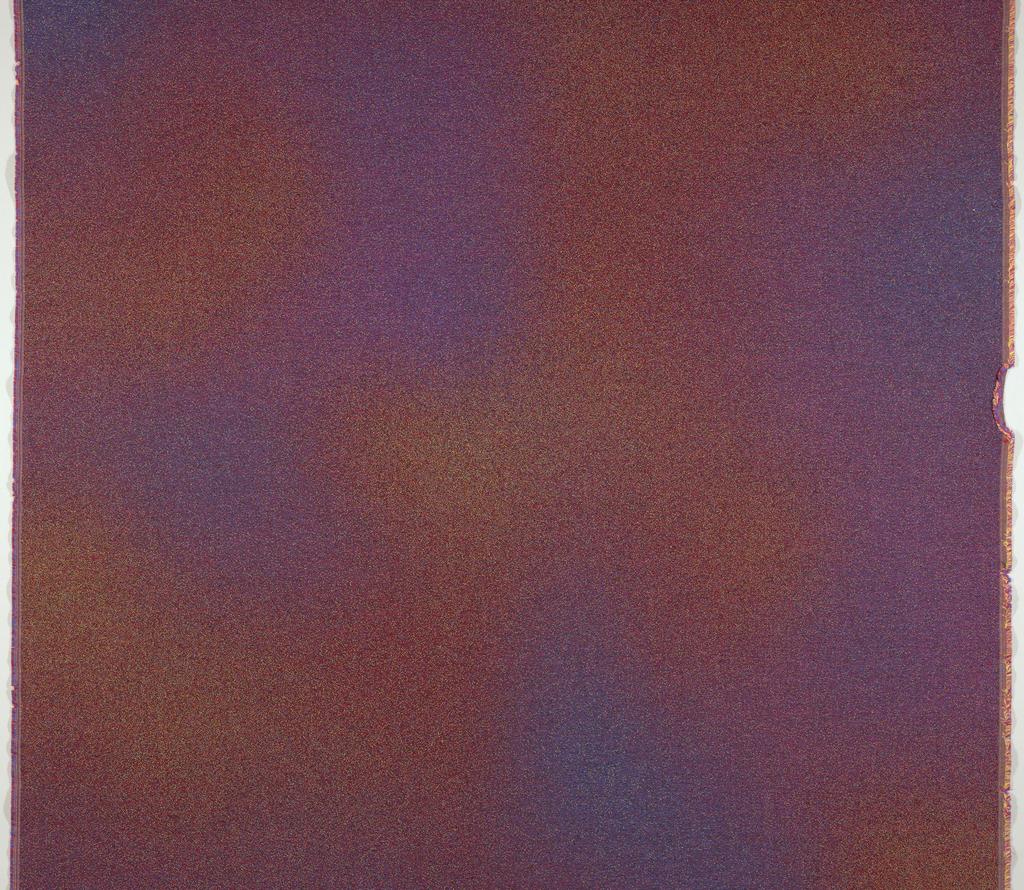 Millions of Colors, a new upholstery fabric by Danish artist Grethe Sørensen for Wolf Gordon, arose from her tapestry series of the same name. Using a basic color palette of red, green, blue, cyan, magenta, yellow, black and white theads, Sørensen used a digitally controlled loom to translate the subtle modulations of color seen in a full spectrum to a woven structure. Often working in collaboration with her filmmaker husband, Bo Høvgaard, her work speaks of the fluid relationship between color and light.

In 2010, in collaboration with Snøhetta Architects, Sørensen created three tapestries for the new headquarters of Tronrud Engineering, a leader in the development of digitally controlled looms. She included one hanging from her Millions of Colors series, but for Tronrud she further developed her infinite color concept into an upholstery fabric with endlessly shifting colors, allowing each chair in the new facility to be unique and yet related.

Wolf Gordon brought this concept to the commercial market. The smooth transitions and endless variation allowed by the visual mixing of pixilated color allow for pattern with a 223-inch repeat. As a result, each piece of furniture upholstered with Millions of Colors is unique. Three colorways are offered, but custom colors can be created as well.

← Let’s Hear it for the Man
Only in America →

One thought on “Infinite Color”

This is quite a beautiful textile. It looks like an oxidized copper plate.