Emulating the Ancients in Gold 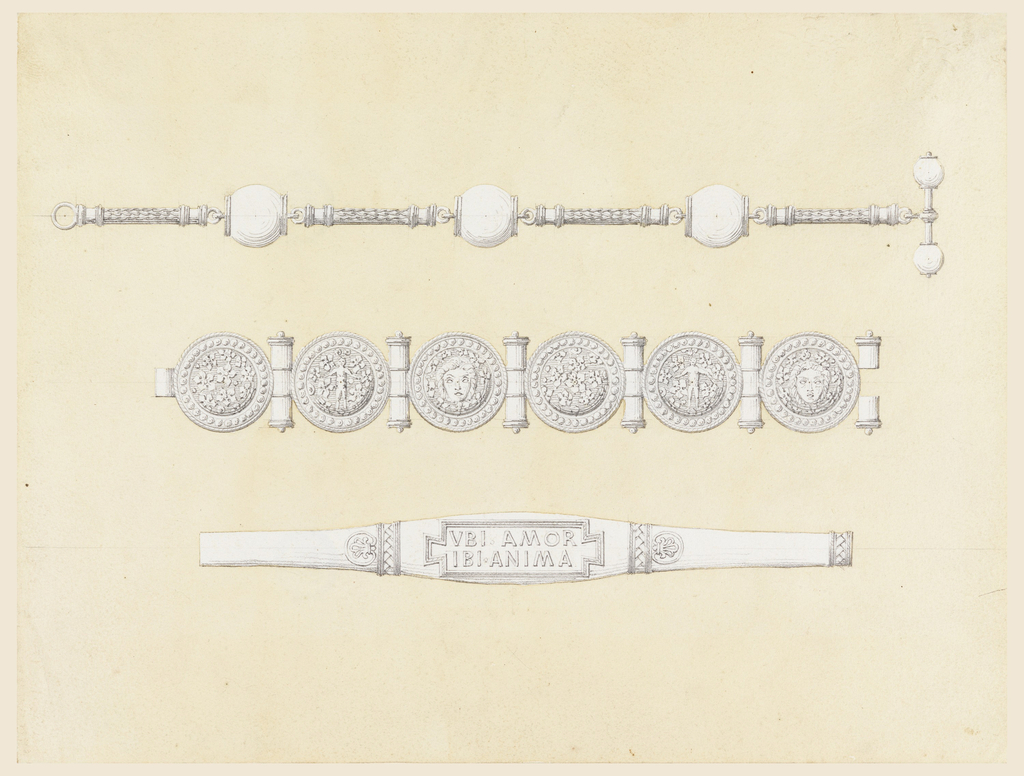 Capitalizing on growing nationalism after Italy’s unification in 1870, the Castellani jewelry company coined the term “Italian archeological jewelry.” Their copies of ancient Etruscan, Greek, and Roman works appealed to erudite consumers in Europe and America, accommodating nineteenth-century tastes for revival styles. Although based in Rome, the company promoted their designs abroad and won acclaim at international expositions. They experimented with lost gold-working techniques, including the ancient Etruscan method of granulation, whereby tiny beads of gold are soldered to the jewelry’s surface. Generations of Castellani jewelers revived and refined this technique, creating tiny, detailed patterns from the minuscule beads, as on the shield-like links of the middle bracelet in this drawing. Executed in gold, this delicate texture would shimmer on the wrist of its wearer.

This sheet, produced by Augusto Castellani, son of the founder Fortunato Pio Castellani, shows working designs for a watch chain and two bracelets. The bottom design has the inscription “VBI AMOR IBI ANIMA,” or “Where there is love, there is soul”—one of many sentimental Latin phrases  to appear in raised gold on Castellani objects from this period. Exploiting national nostalgia and pride, such sayings conjured a romantic ideal of ancient Rome, and suggested newly unified Italy as the Empire’s ostensible heir.