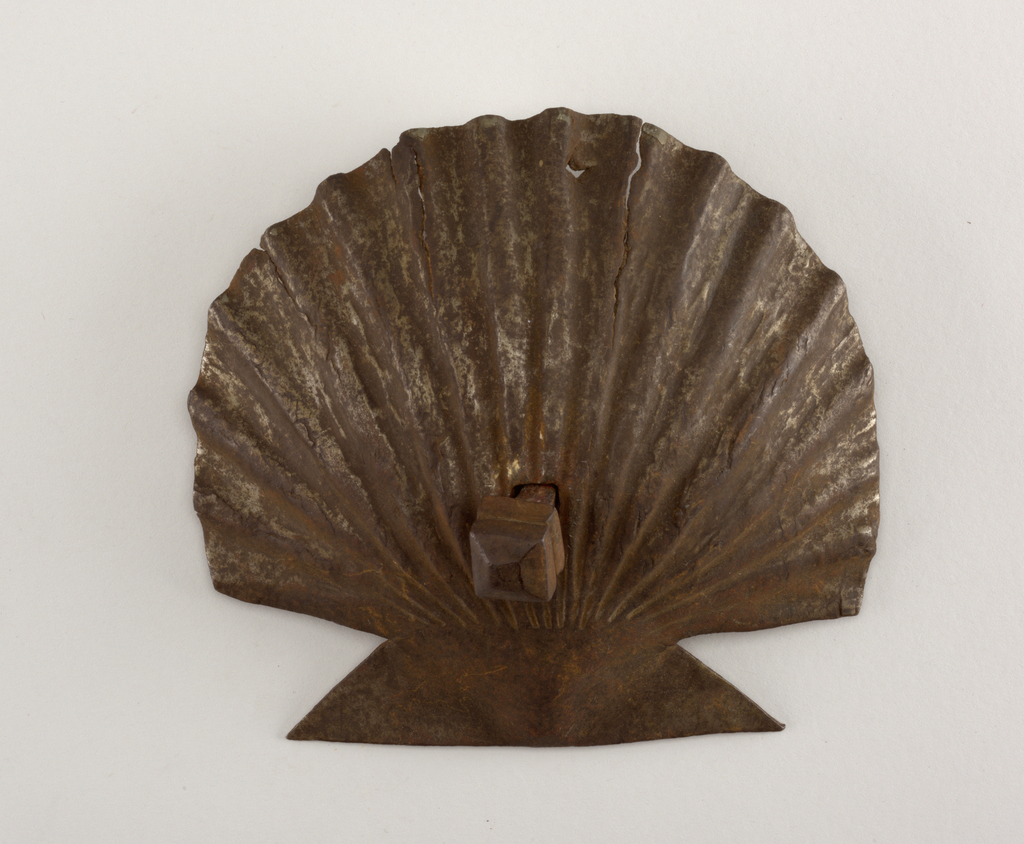 Since the ninth century, pilgrims traveling to Santiago de Compostela in Spain have followed a route marked by scallop shells. The Way of Saint James has lead thousands of pilgrims on foot across the Iberian Peninsula to visit the relics of the Apostle James, who was martyred in 44 C.E. The journey became especially popular in the twelfth century when the Crusades made it too dangerous to reach the ultimate destination of Jerusalem. The symbolism of the shell is manifold: the grooves in the shell comes together in a single point, like the various pilgrimage routes converging at Santiago de Compostela; and being of the sea, they represents Saint James himself, whose body is believed to have been miraculously guided to shore in an unmanned ship.

In the Middle Ages, shells of the species Pecten maximus were collected on the nearby Galician coast and sold to pilgrims who wore them as prized symbols of a successful pilgrimage. They also had the practical purpose of serving as a small bowl or drinking vessel on the long journey home. Whole buildings along the pilgrimage route came to be encrusted with scallop shells made of fired clay or wrought iron. Prominent among these are the Convento de San Marcos, consecrated 1541 and the Casa de las Conchas, a palace built between 1493 and 1517 for a member of the Order of Saint James. The iron shell in the Cooper Hewitt’s collection is roughly contemporary to these buildings and is a decorative boss that could be used to stud the façade of a building or a set of wooden doors.

← WALTER CRANE’S THE ABSURD A.B.C.
Emulating the Ancients in Gold →