House And Trees Within A Border 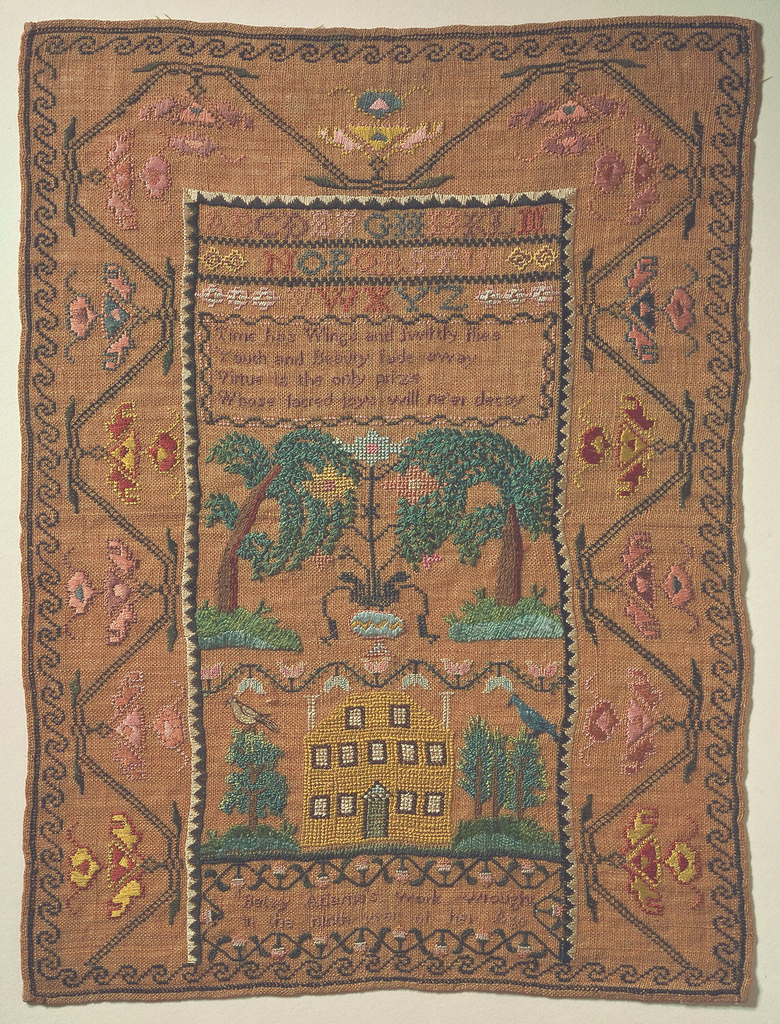 Betsy Adams’s sampler is part of a large group of related examples worked from about 1790 until at least 1805 in Boston or nearby towns in Middlesex County. Typical characteristics of these samplers are deeply arcaded borders surrounding a central panel comprising an alphabet, verse, and pictorial elements within a saw-tooth border. The pictorial elements include some variation of a house, trees, and birds. Although not seen in this particular example, figures are often incorporated as well. Betsy’s central image of a stylized flower-pot also recurs on other samplers from this group. Less common are the peaked scrolls, evoking ocean waves, with which she has framed her work. Another related sampler, made by Hannah Cutter and also undated, is in the collection of the Cooper Hewitt (accession number 1941-69-2).

A needlework instructress has not yet been associated with this group of samplers. It is thought that their makers may have attended an area boarding school. It is also not possible to identify Betsy Adams with any certainty. Her work is undated and there were several girls by that name born during the last two decades of the eighteenth century in Middlesex County.

← Marilyn Monroe on a Roll, Literally
A Teetering Trio in a Pastel Void →