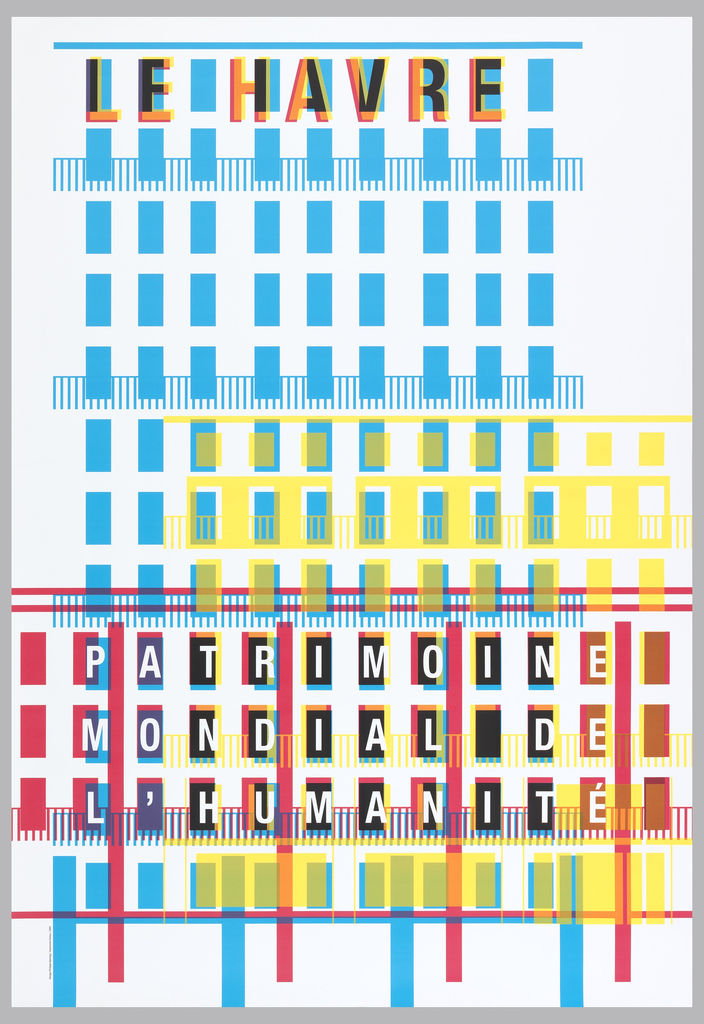 During the second World War, the French city of Le Havre was severely bombed. August Perret, a pioneering French modernist architect, was tasked with rebuilding the city. Perret’s reconstruction is considered exceptional for its seamless integration of the city’s extant historic structures with modern concrete construction and design innovations. Perret’s new buildings for Le Havre were conceived of within a 6.24m square modular system.

Philippe Apeloig designed this poster in 2006 to commemorate the UNESCO designation of the French city of Le Havre as a World Heritage Site. His design takes Le Havre’s innovative architecture as its subject and Perret’s conception of the city as a Gesamtkustwerk as its framework. Graphic renditions of the standardized facades of three of Perret’s buildings are laid atop one another, each in a different primary color. The areas where the different buildings overlap generate new colors (green and purple), while the text forms echo the windows in which they appear to sit. Apeloig’s poster evokes the harmony of the modular system employed by Perret.

This object is on view in the exhibition Making Design: Recent Acquisitions through May 2016.