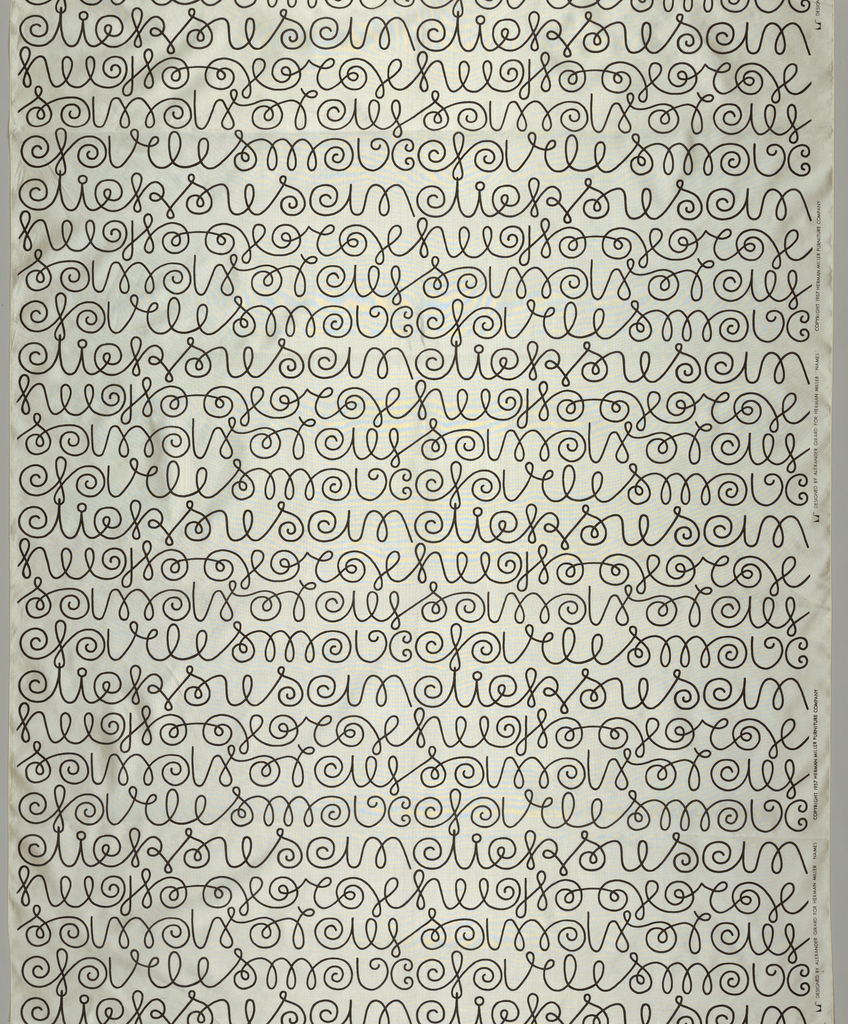 Names was designed by Alexander Girard for Herman Miller in 1957. He used typography as pattern in many of his works – from textiles and wall coverings to signs, logos, and even menu layouts — by playfully mixing, transforming, and inventing fonts for whatever the project required. Sometimes he created entire alphabets while other times he designed only the letters needed for the specific words.

Names was not his first use of typography in textiles. In 1953 he designed Alphabet Stripe followed by Names and then Alphabet (1960), Number Stripes, Computer (1966), and Love (1967). All come in various colorways and are printed on a solid ground. In Names the loops and curlicues continuously link the letters in four repeating lines, each with a set of names that were linked to Herman Miller employees: “George” (Nelson), “Susan”(Girard’s wife), “Dick”, and “Max” – less discernable names could be “Sam” and “Charles” (Eames). Girard was not concerned with legibility but wanted the eye to focus on the beautiful curves and rhythmic movement of the calligraphic lines as they traveled over the fabric plane. This version of Names is screen-printed on off-white silk and was intended for window treatments or as room dividers.