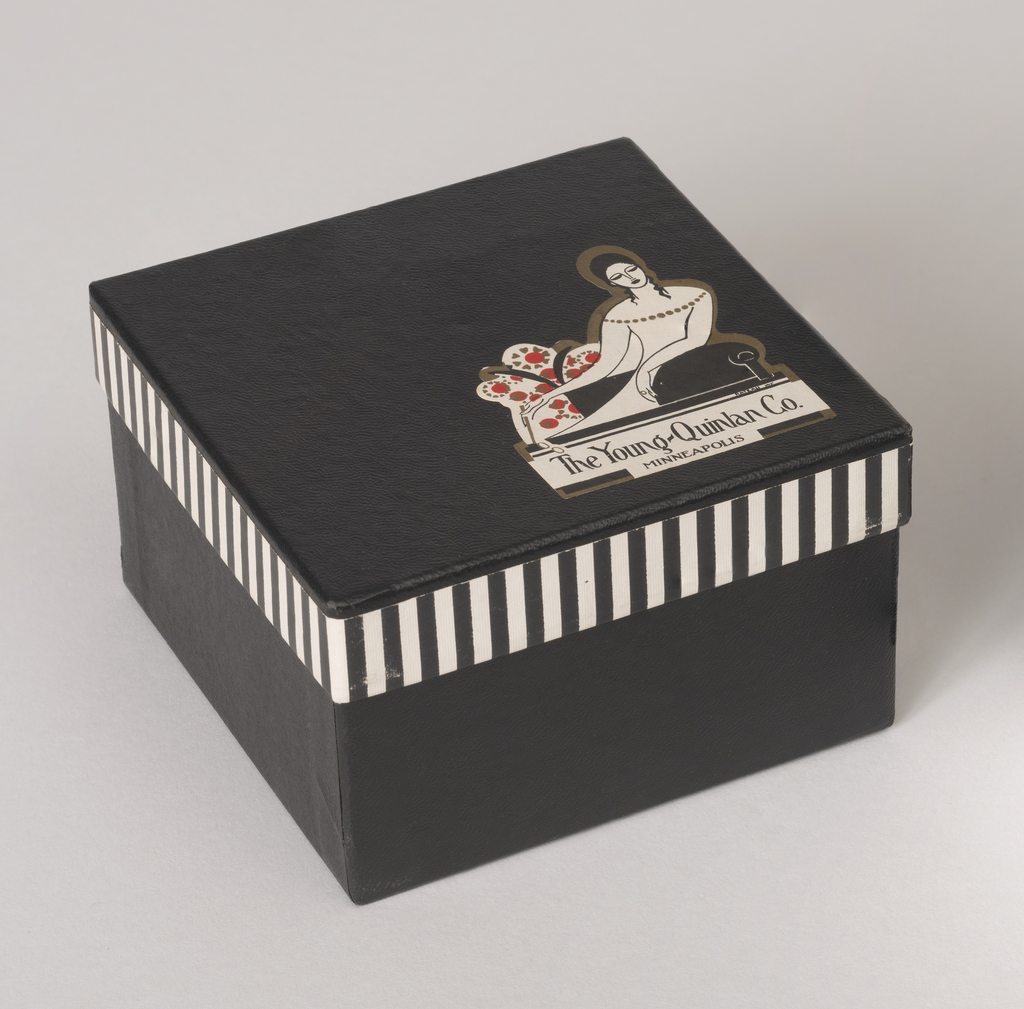 Posted by Catherine Acosta on September 28, 2015

On February 19, 1927, the film “It,” starring Clara Bow, was publicly released in the United States, instantly becoming a box office success and making Clara Bow Hollywood’s first “It girl.” Later that year, Elizabeth C. Quinlan, co-founder of the Young-Quinlan Co., a prestigious Minneapolis department store, visited Paris in search of her own “It girl.” Her first mission was to acquire the latest and chicest in women’s fashion, perpetuating her department store’s reputation as a fine retailer. Her second mission, presumably inspired by the new “beautiful home” New York architect Frederick L. Ackerman built for the Young-Quinlan Co. in 1926, was to redesign the store’s logo.

While in Paris, Quinlan met with one of France’s premiere architects and designers, Armand-Albert Rateau, and asked him to design a new logo for the Young-Quinlan Co. During their meeting, Quinlan expressed her desire for a logo that captured the timeless spirit of modern beauty and femininity. Two days after their meeting, Rateau presented her with a logo that was nearly identical to the one printed on the lid of this small black box. But there was one difference: the woman in the original drawing was missing the string of pearls draped across her shoulders. Quinlan adored his elegant creation but was concerned: the modesty of her American clientele would not be keen on the logo’s suggestion of nudity. Rateau swiftly added the pearls.

Quinlan’s entrepreneurial spirit, combined with her taste for the latest European fashions, made the Young-Quinlan Co., the first late-nineteenth century retailer of women’s ready-to-wear in the western part of the country. When her partner Fred D. Young passed away in 1911 and she became the sole owner of the company, she took on all of the responsibilities of running the firm. She continued to work as a buyer of women’s fashion until 1945, when, at the age of 82, she finally retired due to her failing health.

Rateau’s logo, like his furniture, shows the influence of classical art and architecture on his modern style. One of his most famous commissions was the furniture and interior of fashion designer Jeanne Lanvin’s apartment in 1924-25. In 1985 the interior of Lanvin’s apartment was reconstructed for Paris’ Musée des Arts Décoratifs and is still on view. To this day, the Young-Quinlan Co.’s “It girl,” continues to convey Quinlan’s idealization of modern beauty and femininity, which found its most memorable form in a little-known exchange between a French designer and an American retailer.

← Wilde Carnation
Sent by the Sultan →

One thought on “The It Girl”

What a gorgeous box! I was Googling Elizabeth Quinlan when I found this. What a fascinating woman, a pioneer. A few weeks ago I came across a photo of a bronze relief of this image which I believe is still in the former Young Quinlan building. It is also the creation of Rateau, and also fabulous!